Our dear readers, unfortunately our GTX 690 has not arrived yet, meaning that our Performance Analysis for Crysis 3 will get slightly delayed. As you may have heard, though, the first level of Crysis 3 seems to be behaving really strange, even on high-end PC systems. Ironically, it appears that the game suffers from some optimization issues, as modder MaLDo has discovered that the ropes physics are causing big performance hits for no apparent reason.

As MaLDo wrote on his personal blog:

“Everyone has reported on the forums. Although I also know that next levels do not have this problem (do not know if they have others) I have preferred to find out what happens in the first level.”

Although PC gamers believed that the performance issues of Crysis 3’s first level are most probably due to some issues regarding the reflections on glass and windows, it appears that they were wrong. According to MaLDo’s findings, the performance hit is due to the ropes physics and in order to prove his point, the modder has provided some screenshots that showcase what is wrong with the game itself.

Below you can find a selection of screenshots from MaLDo (there are more on his blog, so pay him a visit). As we can see, performance drops whenever the game’s ropes are moving. This is really strange and could mean that Crytek has messed up the ropes physics. This is definitely an optimization issue, so here is hoping that a patch will be rolled out as soon as possible. 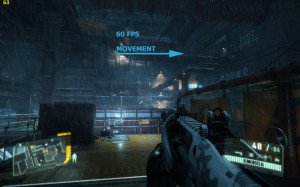 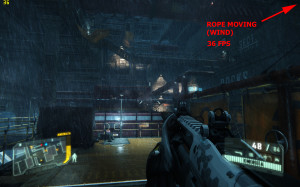 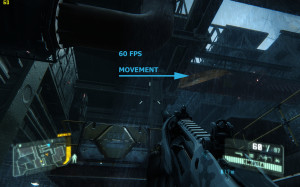 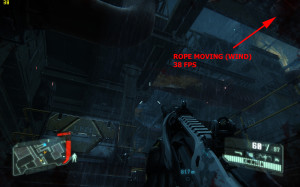