Warner Bros and Monolith have released a new update for Middle-earth: Shadow of Mordor. This new update finally brings SLI support to this open-world game, adds the Lithariel Skin, as well as Lithariel’s Trials of War “Test of Defiance”. In addition, this update packs some specific PC fixes that can be viewed below. As always, this update will be downloaded next time you start the Steam client. Enjoy! 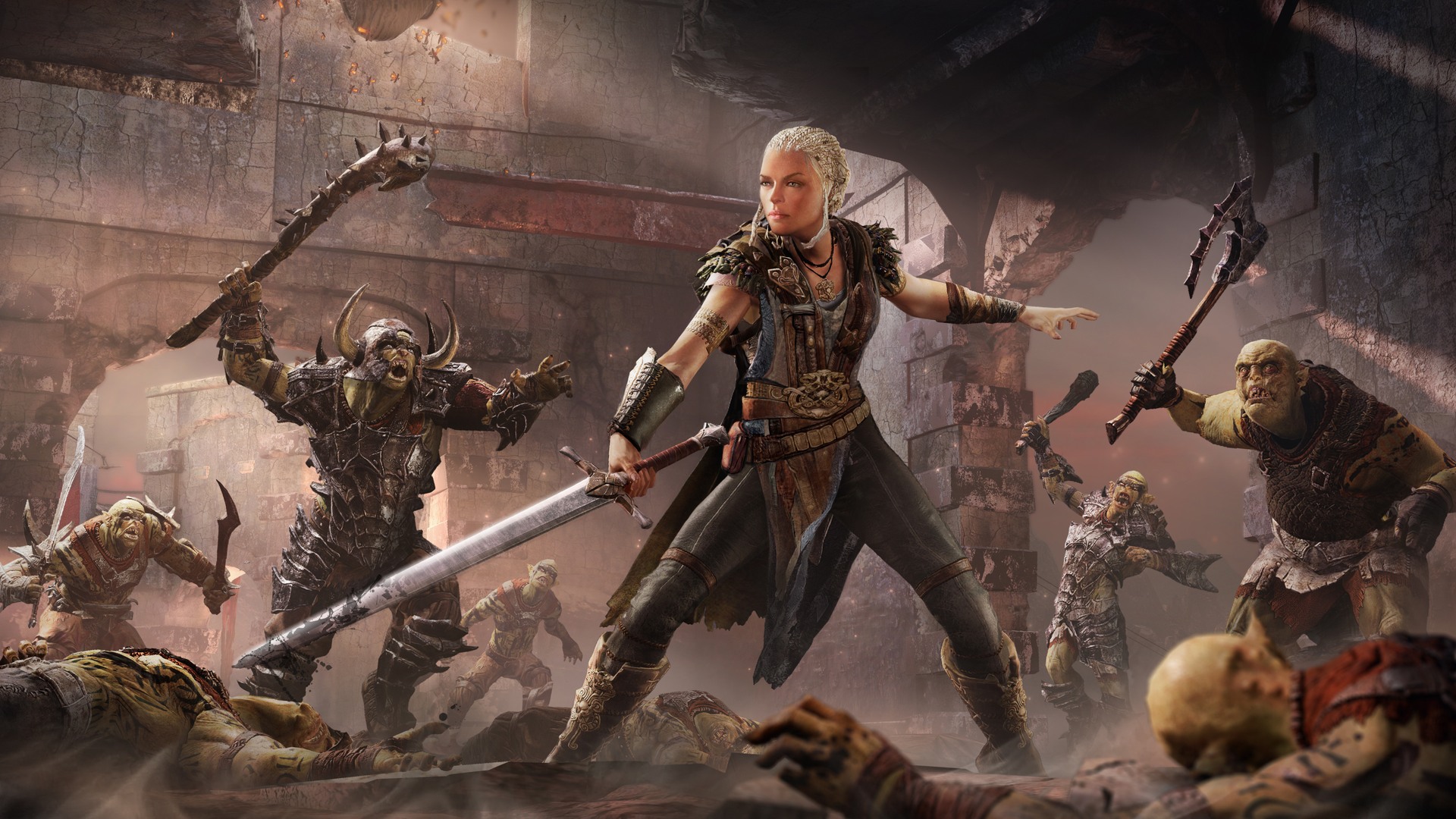 New Features:
-Lithariel Skin available.
-Lithariel’s Trials of War “Test of Defiance” available. (Main Objective: Kill 6 Warchiefs and 15 captains. Lithariel has only one life. Death results in failure. Lithariel does more melee damage, but has less armor. You cannot save during this challenge. Quitting results in failure.)
-New Epic rune granted to player’s inventory “Defiant to the End”. (Additional last chance given to player when equipped.)

Bug Fixes for all platforms:
-Photo Mode: The controller drain/brand SFX persists when Photo Mode is up. Brand SFX no longer persist when pausing through photo mode during a drain or brand sequence.
-Power of Shadow: The hood of the Black Hand’s cloak in the front end appears covering half his face. Eye FX issue fixed for the Black Hand skin in the front end menu. Glowing eyes effect misplaced on Black Hand’s face when dismissing title screen.
-UI/VFX still show Talion as poisoned when One With Nature (Epic) -Dagger Rune is equipped.
-Player can receive duplicate Epic Runes by killing multiple captains with dispatch.
-MOTD is not cycling after one rotation.

PC Specific Bug Fixes:
-Improved messaging when game fails to launch.
-Fixed issue with incorrect aspect ratio being used when changing resolution through the video options in windowed mode.
-Added an option to expose FXAA as part of the motion blur settings.
-Fixed issues with native resolution detection. The game will now use Windows “recommended” resolution.
-Fixed issues with custom resolutions specified in Windows. Users no longer have to delete them.
-Fixed in game benchmark starting too early.
-Fixed not being able to skip benchmark load screen.
-Improved benchmark output files located in “My Documents\WB Games\Shadow of Mordor\*.csv”.
-In game VSync will now use NVIDIA’s adaptive sync when turned on. It will use NVIDIA’s Control Panel settings when turned off.
-Fixed save game issue where starting new game on top of existing data didn’t clear skills purchased.
-Fixed issue with WB Play where entering age under 18 on accident prevented player from ever accessing WB Play.