Deep Silver and 4A Games announced – via the game’s official FB page – that Metro: Last Light will be receiving a new DLC called the Ranger Mode. This DLC will add a new difficulty mode, a new weapon and 100 in-game military grade bullets. And no, we’re not joking around. Truth be told, this DLC was also offered for Metro 2033, however we find it ironic that Deep Silver decided to offer this ‘hardcore’ difficulty mode as a DLC. And that’s precisely why we think that DLC is the cancer of the gaming world.

The different difficulties in Ranger Mode focus on survival horror and includes limited ammo, gas mask filters, and medkits, deadly bullet damage for you and your enemies, faster mask fogging and limited battery power, and no HUD or crosshairs. Stealth and tactical combat will be key to survive.

Playing on Ranger Mode also gives you access to the exclusive AKSU weapon as well as 100 Military Grade bullets that can be used as currency in the world of the Metro.

It’s ironic, but this survival feeling is offered only to those who are willing to pay for the Ranger Mode DLC. Of course this DLC will be free to all those who will pre-order the game, but what about for the rest of the gamers? Well, we expect to see this DLC hitting the Internet after the game’s launch.

Rejoice gamers as you will be offered a new difficulty mode (well, you could get it by modding the game but who cares about mods. This is the real deal. This is official super-duper-wow features). Let’s declare this the DLC of the year, shall we? 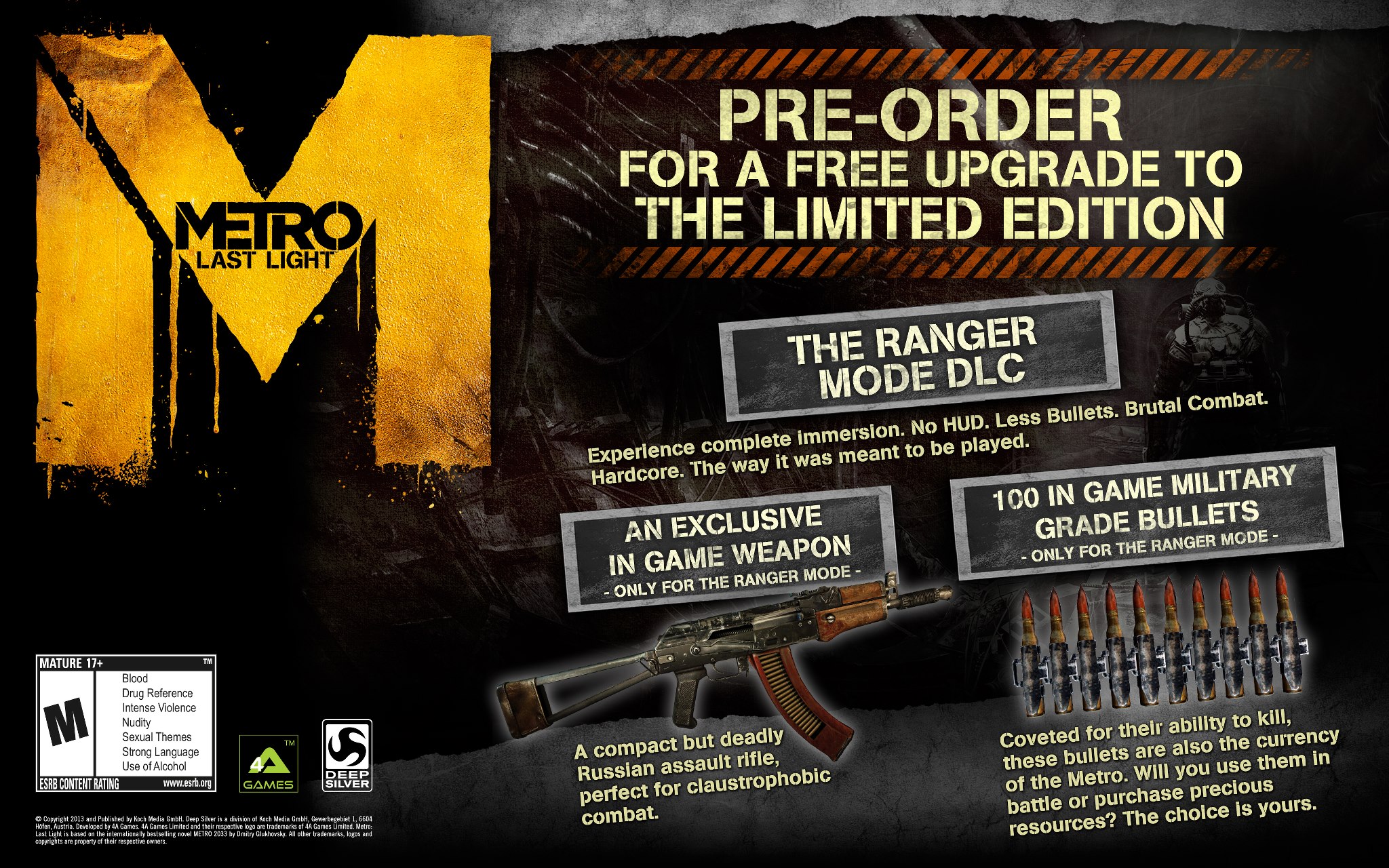