Deep Silver and Epic Games have announced at GDC 2019 that the Epic Store release of Metro Exodus was a success as it surpassed the units that Metro: Last Light sold on Steam during its launch in 2013. In fact, Metro Exodus sold 2.5X times better than Metro Last Light did. 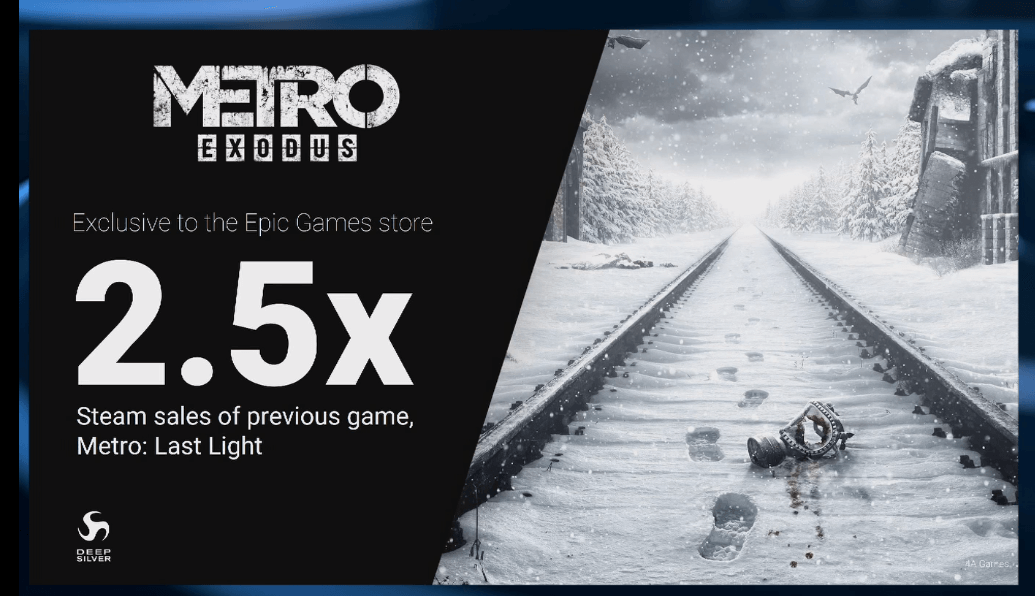 In other words, and despite some gamers claiming to boycott this particular release, it appears that this exclusivity deal paid off. Of course we don’t know the sales that Metro Exodus would have on Steam, however it’s good knowing that the game did well on the PC platform. Also, these figures are for the same time periods (so we are basically looking at the launch of Metro Exodus on the Epic Store versus the launch of Metro Last Light on Steam).

Let’s also not forget that there was a lot of controversy surrounding the Epic Store release of Metro Exodus. From its sadden Epic Store announcement to the amateurish developer comments (about not releasing the next Metro on the PC if Exodus did not sell well), Metro Exodus’ PC release was a roller coaster.

Still, it appears that the majority of PC gamers are fine with the Epic Games Store and this may explain why more developers and publishers have signed new exclusivity deals for their upcoming games.