As 4A Games noted:

“We have built an all-new Fully Ray Traced Lighting Pipeline that brings a number of optimizations, upgrades, and new features to the Ray Traced Global Illumination and Emissive Lighting that we pioneered with the original release of Metro Exodus, as well as an upgraded implementation of our powerful Temporal Reconstruction technology to further boost resolution, visual detail and performance.”

Metro Exodus PC Enhanced Edition will require a Ray Tracing capable GPU as the minimum spec. 4A Games has not revealed the PC requirements for this new version.

Furthermore, Metro Exodus PC Enhanced Edition will be available for free to all existing owners. Additionally, 4A Games aims to release it in Spring 2021.

Lastly, you can find below its key features. 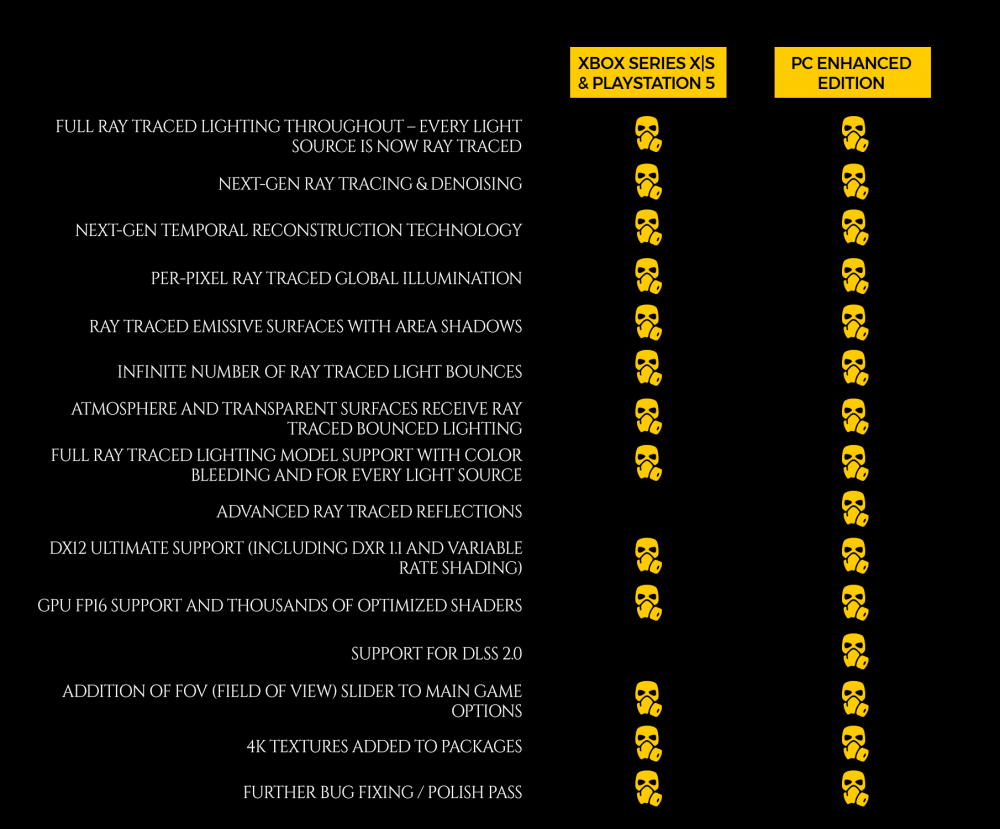