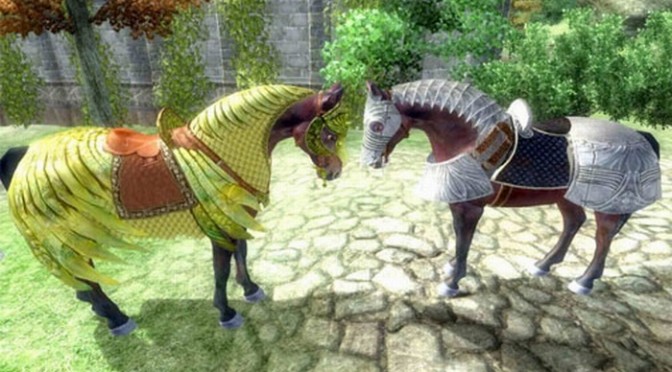 Now usually at DSOG we refrain from writing about just DLC releases especially DLC that does nothing to add content to the game other than make things look pretty, but I think in this case I can make an exception. 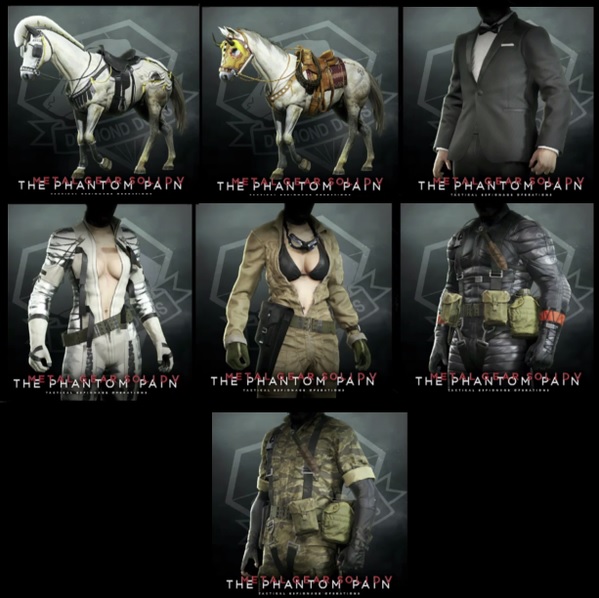 The DLC is said (and what seems) to include 2 Cams from MGS 3 as well as Snakes sporty Tuxedo. Female characters can also sport outfits worn by EVA and The Boss also seen in MGS 3.

That is not all that is included, it seems that history truly is destined to repeat itself. The other two costumes are not for characters controlled by the player (directly) but for the player’s horse. We can see that player’s horses can now sport 2 sets of fancy horse armor. Horse armor, horse armor…. Where have we seen that before? 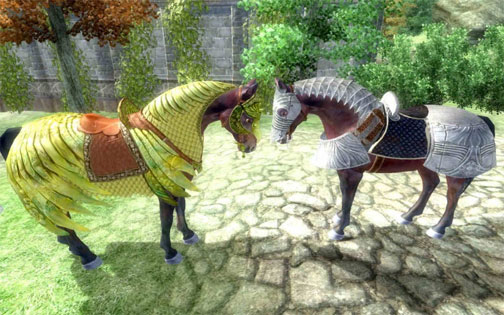 Now Konami is yet to announce whether or not this Costume pack will be a paid DLC or not, but hopefully they will learn from Bethesda’s mistake and go ahead and make this one a freebie. Otherwise we all may be laughing like it’s 2006 all over again.