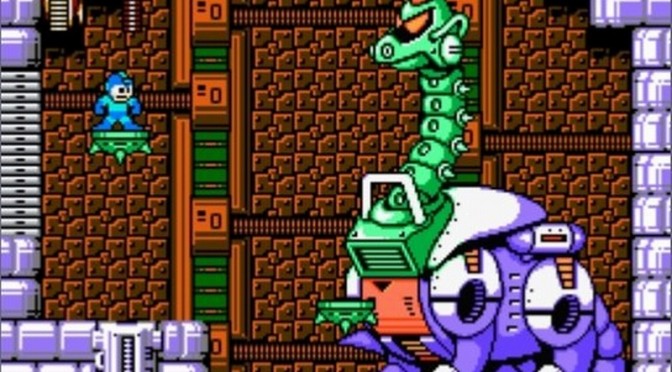 Mega Man fans, stop whatever you’re currently doing and download this new free Mega Man game. This fan-made Mega Man game is faithful to the NES games, comes with 20 levels with 10 full Robot Masters and 3 Rush upgrades. And since Capcom will definitely send a C&D letter to the team, we strongly suggest downloading right now (while you still can).

Naturally, Mega Man: Revenge of the Fallen is a 2D platformer with all the mechanics found in the NES Mega Man games.What’s also cool is that the game aims to offer (at least according to its description) tons of ‘alternating and branching paths per level giving you full freedom how to best tackle any one level.’

Here are the key features for the final version of Mega Man: Revenge of the Fallen:

-20 levels with 1 secret level included!
-3 rush upgrades: Rush Coil/Marine/Jet
-7 more upgrades to find that either increase your health per item, reduce damage, give you a one-shot invulnerability to spikes, let you exit a level early or slowly recover health and more!
-Tons of alternating and branching paths per level giving you full freedom how to best tackle any one level!
-3 Bounty Hunters who pop in randomly throughout the 10 Robot Master stages, its up to you to finish them off right then and there or fear facing them once again in the final stages where they will be harder!
-Classic movements including: jumping, firing, sliding, mega buster charging, etc.

Kudos to our reader ‘George McKay’ for informing us!