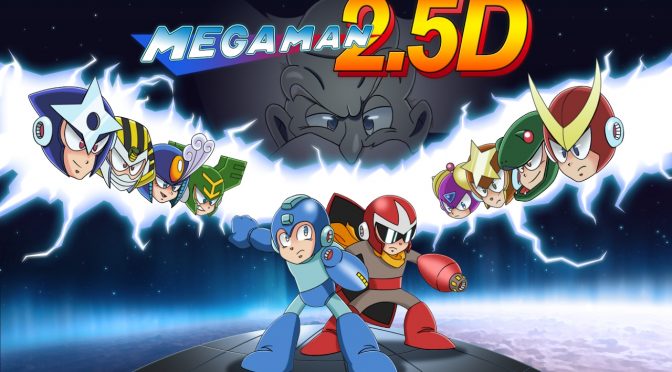 Peter Sjöstrand has been working these past eight years on a fan-made Mega Man game. And we are happy to report that this Mega Man game, called Mega Man 2.5D, is available for download right now.

Mega Man 2.5D is a fan-made Mega Man game, featuring 2.5 visuals with a camera that changes perspectives (in order to give the depth of a pseudo-3D game). Peter developed this game with XNA 4 and BEPU as a physics engine, and used Autodesk Maya for modeling and texturing the stages for the game.

According to Peter, there are mainly two things that set Mega Man 2.5D apart from most other Mega Man games. The first is the co-op mode (local co-op), where two players team up to take on Dr. Wily. The other is the use of camera perspective changes which is featured a lot in the single-player mode of the game.

We don’t know whether Capcom will try to take it down, so we strongly suggest downloading it while you still can.