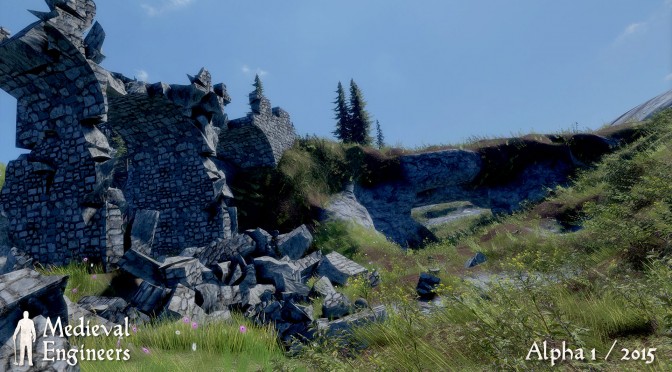 Keen Software House today announced that Multiplayer has been added to Medieval Engineers, the company’s second engineering title. As the press release reads, this is one of the first key milestones for the game and it is intended to level up the fun.

Players will now be able to play together with their friends and either cooperate on constructing medieval castles or entire villages that they will have to defend from barbarian raids, or form groups and fight against each other.

The initial multiplayer version supports all the features that are currently in the game in both Creative and Survival modes – building and destruction, structural integrity, mechanical parts, blueprints, mods, synchronized daytime and AI characters (barbarians, peasants and deer). Additionally, the option to host multiplayer games on dedicated servers is enabled so players can host their own servers and have a more fluid multiplayer performance with less lag.

Medieval Engineers, as an “Early Access” game, remains in development, and takes feedback and suggestions from the community that helps to further improve and expand the game. The development team is currently working on several new additions that will come in the future. The most important ones are a completely re-worked and improved multiplayer, a battle system, a better melee fight and more features for survival mode.