MechWarrior Tactics is a brand-new MechWarrior game set in the BattleTech universe and includes everything you love about MechWarrior. MechWarrior Tactics is the latest evolution of turn-based strategy and blends tactical gameplay, deep collectability, and unique online features, and is set against visually stunning environments for the supreme MechWarrior battle experience. Players earn, collect, and purchase combat and aesthetic resources to outfit each Mech and prepare for the next online battle. The game is slated for a 2012 release on the PC and A.C.R.O.N.Y.M. Games have released its first screenshots. Enjoy! 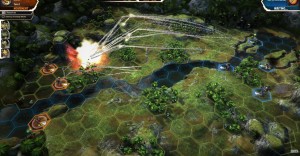