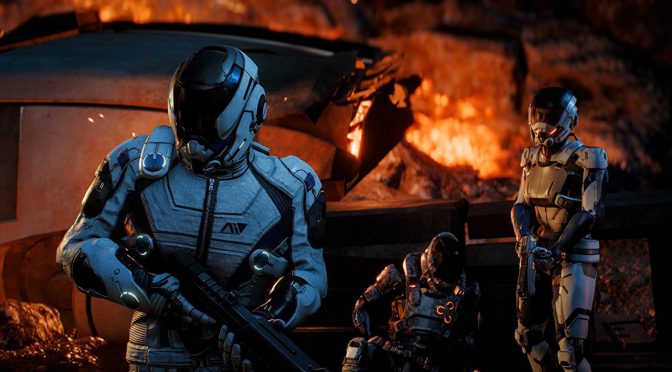 Back in February, Electronic Arts and BioWare revealed the official PC requirements for Mass Effect: Andromeda. And yesterday, the big publisher revealed some additional information about these PC specs.

According to EA, an NVIDIA GTX1060 graphics card is recommended for gaming at 1080p/30fps on High settings. This caught us off guard as Mass Effect: Andromeda is powered by DICE’s Frostbite 3 Engine; an engine that performs incredibly well on the PC platform. 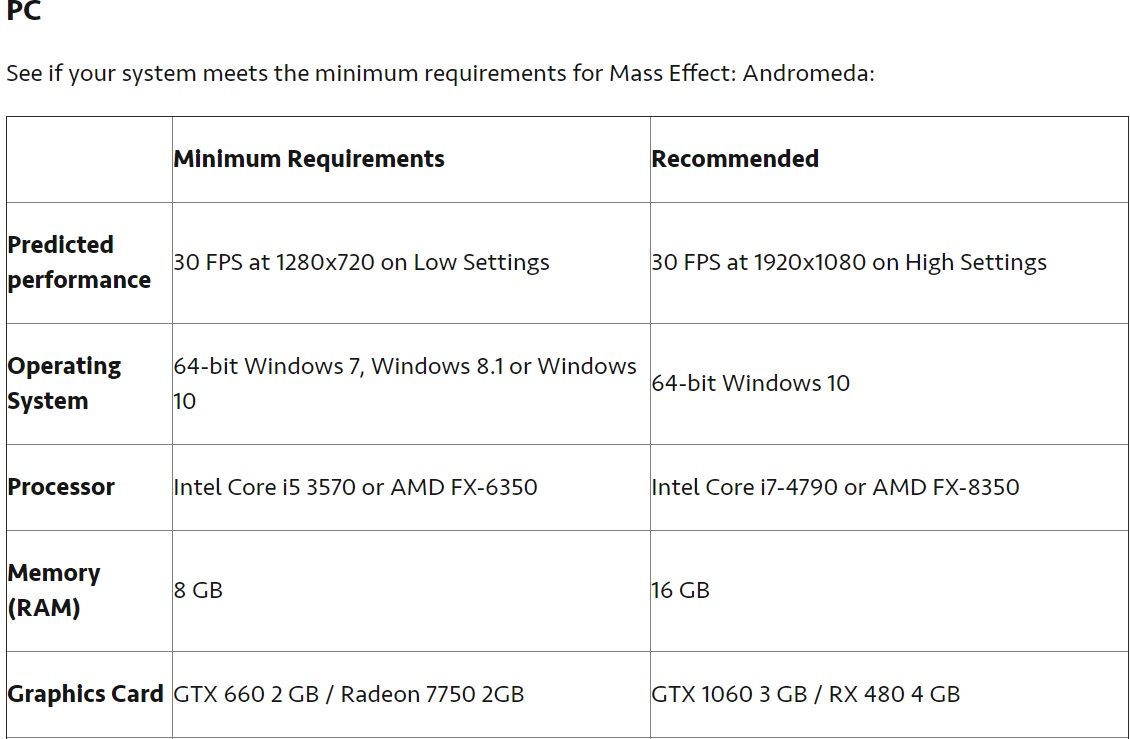 On the other hand, NVIDIA claims that its GeForce GTX1060 can offer an almost 60fps (average) experience at 1080p on High settings. 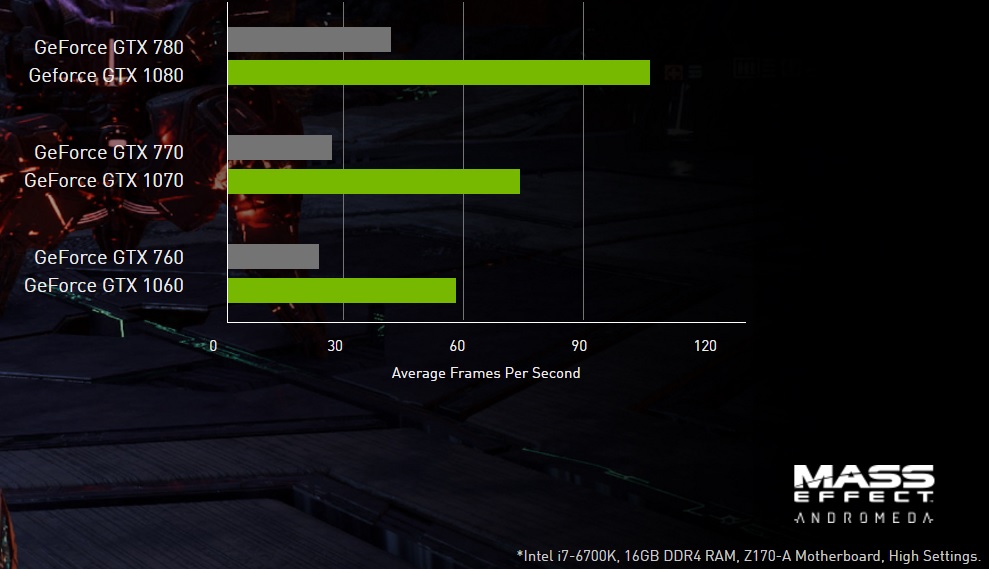 What’s also interesting is that neither company lists any GPU for the game’s Ultra settings.

Whether Mass Effect: Andromeda isn’t as optimized as all other Frostbite 3-powered games remains to be seen.

The game releases on March 21st, so stay tuned for more!