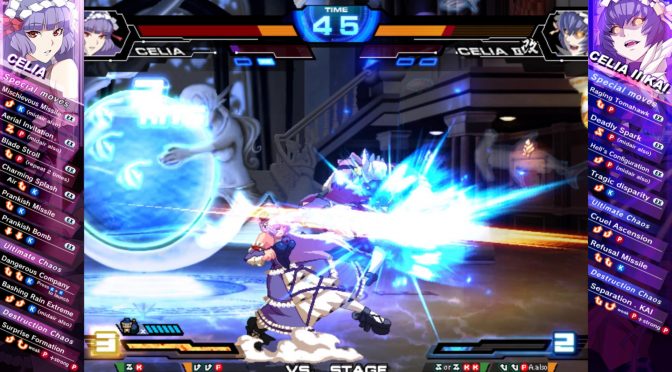 Arc System Works announced today that the the latest installment of the hi-speed 2D fighting game developed by FK Digital, Chaos Code: New Sign of Catastophe, will be released on March 15th.

Chaos Code: New Sign of Catastophe is described as a simple yet highly flexible hi-speed 2D Fighting game, where players can enjoy the thrill of fighting with all the flashy moves. The game will feature 7 game modes and 16 characters, and will support online play.

In Chaos Code: New Sign of Catastophe, each of the 16 characters have 4 more additional moves, where players can choose and pick 2 out of it during Character Selection.

The game will also support “Arcade Mode”, “Versus Mode”, “Mission Mode” and other modes.