Additionally, it will come with a full collection of in-game content that can’t be found anywhere else, like the N7 Arsenal Pack, a Robotic Dog, a Squadmate Alternate Outfit Pack and a N7 Hoodie.

Last but not least, the Collector’s Edition will include the official digital soundtrack of the game, an Xbox LIVE Normandy prop for your Avatar (Available on Xbox 360 version only.) and a collection of forum and social badges, avatars, and perks. 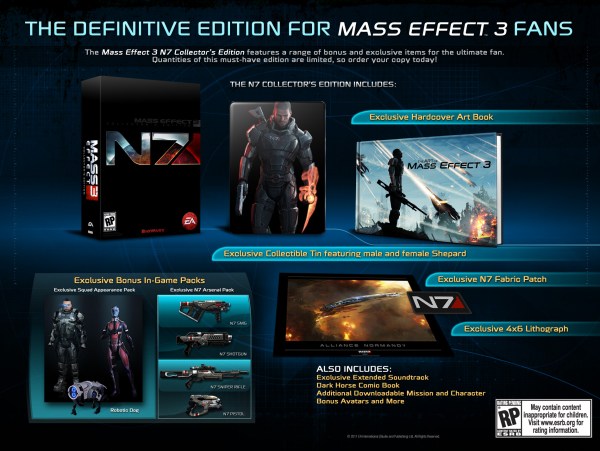