As we’ve informed you yesterday, MaLDo has finally finished the latest version of HD Texture Pack and is available right now through here. This new mod – called MaLDo HD 3.0 – is 808MB in size and among other things, it features MaLDo’s High-Resolution Textures and Map Fixes, the BlackFire mod and the Quality mod by ShonE. Additionally, this mod comes with a useful configuration file and we’ve grabbed a screen from it that can be viewed after the jump. 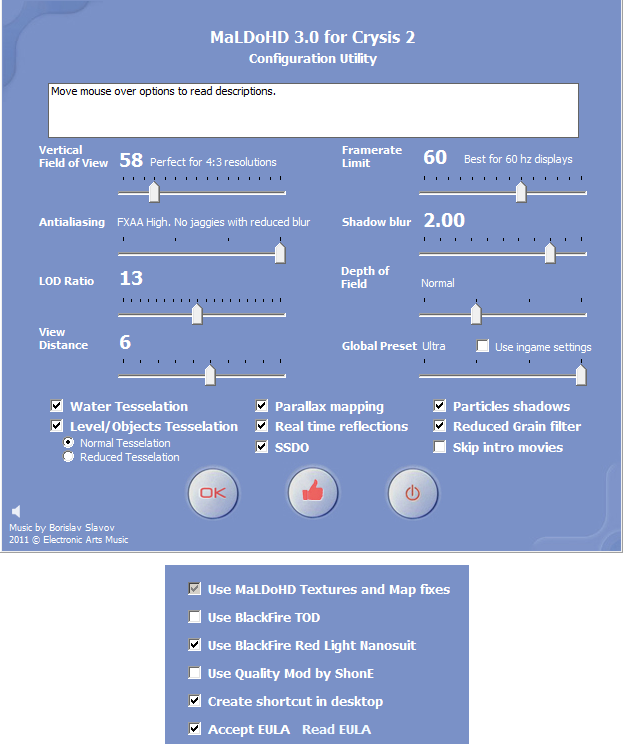 According to MaLDo, users have encountered a problem while configuring the viewing distance. Although the view distance applied into the game is the last change applied correctly, when the configurator restarts, the value returned to appear as 3. In this new version the bug is fixed: MaLDo’s Updated Configuration Tool