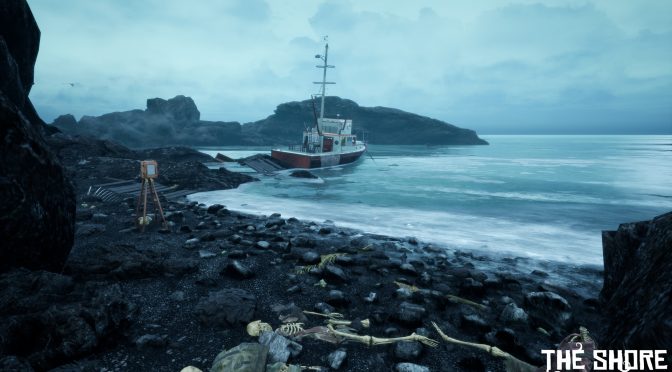 Ares Dragonis announced that his Lovecraftian horror game, The Shore, will release on February 19th. In order to celebrate this announcement, the developers released a new trailer for it that you can find below.

In The Shore, players will see the story from the eyes of a father who has lost his lovely daughter. From what we can see, this will be mostly a first-person puzzle game. And while there are some enormous creatures, my guess is that players will not be fighting them. Still, there will be some combat sequences with some smaller enemies.

Now do keep in mind that this is an indie game. As such, it won’t look as polished as games from other triple-A studios. Still, I believe that some Lovecraftian fans may find it interesting. Just temper your expectations as it won’t be the next mind-blowing Lovecraftian thing you’ll ever see.