Untold Games has revealed that Loading Human has transferred development to the cutting-edge Unreal Engine 4. And as you may have guessed, the company has released a new set of screenshots captured from this new build that can be viewed below.

Loading Human will also have a new storyline. The new storyline, set in the year 2185, will immerse players in the memory fragments of young adventurer and scientist, Prometheus. The action starts at his father’s North Pole research base where Prometheus will begin his training that will see him guide the spaceship Origin toward the Quintessence – a dark energy source found within the distant Eagle Nebula.

“After such a positive response to the early Loading Human proof of concept, we felt that to truly realise the game’s potential we had to go back to the drawing board. So we have completely rewritten the storyline as well as adopting a true next-generation development engine.

It is exciting for us to finally be able to introduce the world to the complicated love story of Prometheus and Alice, as well as transfer development to the new Unreal Engine 4. We hope that gamers will support our Loading Human Kickstarter campaign and join us on Prometheus’ journey, exploring the new potential on offer with VR gaming and Unreal Engine 4.”

Developed from the ground up for VR and motion control devices like Oculus Rift and Sixense Stem System, players will be able to interact with objects within the environment to solve puzzles and uncover the secrets of Loading Human’s story-driven gameplay.

Last but not least, Untold Games has launched a Kickstarter campaign for this title! 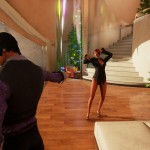 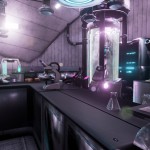 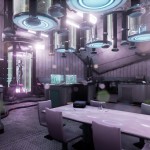 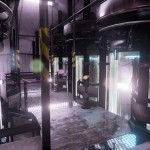 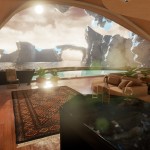