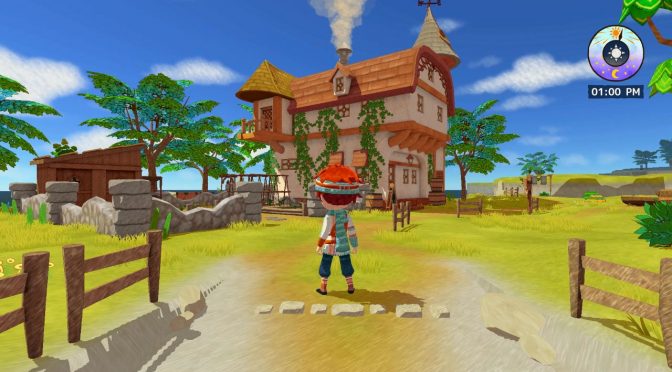 Little Dragons Café opens with a twin brother and sister learning to cook and manage a small cafe with their mother.

“All was routine until one morning when the twins discover that their mother won’t wake up. Suddenly, a strange old man appears and tells them that they must raise a dragon to save her. Working with three quirky café employees, the twins must wrangle a dragon and run the family business while finding a way to save their mother.”

According to its Steam store page, players will run their own cafe by preparing tasty dishes, serving their customers, and managing a colorful cast of eccentric staff and visitors. Players will also discover an entirely new world filled with wildlife, secrets, and dangers while collecting ingredients and recipes to enhance their cafe menu, and they will raise, explore, hunt, and uncover new areas with their dragon.

Aksys Games has also revealed the game’s official PC system requirements that you can find below.