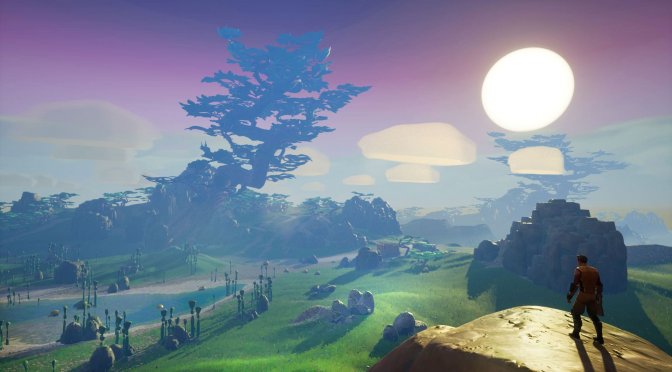 Darewise Entertainment has announced that its new open world multiplayer online game will be called Life Beyond. In order to celebrate this announcement, the team released a gameplay trailer that you can find below.

In Life Beyond, players can gather resources in interactive environment simulations that run multiple ecosystems teeming with life, responding to life around it while uncovering advanced technology left behind.

Players can accept contracts from other players to score in-game clout and currency or craft and trade valuable materials, weapons, tools, vehicles and more in a largely player-driven economy.

Moreover, players can join with other gamers in a clan system that helps you grow and expand your spheres of influence and become the envy of other clans. Players can also combat opposing clans and native creatures on foot or in vehicles to gather valuable resources and grow your society.