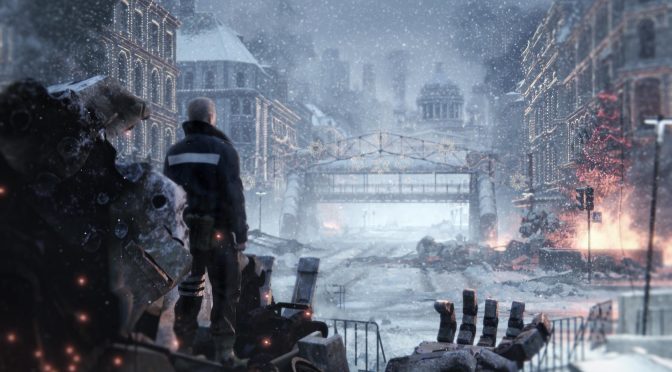 LEFT ALIVE sounded promising when Square Enix revealed it back in 2017. Developed by Toshifumi Nabeshima (Armored Core), Yoji Shinkawa (Metal Gear Solid) and Takayuki Yanase (Ghost in the Shell), LEFT ALIVE appeared – at least on paper – really interesting. However, the game has just been released on the PC and things are not looking good.

For starters, LEFT ALIVE looks like a PS3/Xbox 360 game. There are numerous low-resolution textures, 30fps fire effects, overall level design is underwhelming, a flat lighting system that is as old-gen-ish as it can possibly be has been used, and everything looks really, really dated. Seriously, it looks bad and, to be honest, we wouldn’t mind such a thing if the game was at least running within expectations on the PC platform.

Square Enix has provided us with a review code and you can find below some 4K/Ultra screenshots from it. As you can see, the game is unable to run with 60fps on NVIDIA’s most powerful graphics card, despite its old-gen visuals. I mean, LEFT ALIVE runs similarly to Anthem and Metro Exodus; two games that look way better and more advanced than it, and that says a lot in our opinion.

In just a day, LEFT ALIVE received “Very Negative” reviews on Steam, with users reporting underwhelming performance on a variety of PC configurations. So yeah, it’s not just us. The game has some serious optimization issues as it looks bad and runs below expectations.

But anyway, here are our 4K screenshots and stay tuned for our PC Performance Analysis article!