At the recent CES 2021 live showcase, AMD announced its next-generation of Zen 3 powered Ryzen 5000U & Ryzen 5000H CPU lineup for the mobility and laptop segment. These chips belong to the “Cezanne” family. AMD also plans to release desktop variants in the form of APUs. These processors will also be a part of the Cezanne desktop APU family that are planned for a release this Q1 2021 for the retail market segment.

AMD recently submitted some new Ryzen 5000 series CPU entries to the USB Implementers Forums website, which confirmed two products, Ryzen 9 5980HX CPU and the Ryzen 7 5700G, respectively. The Ryzen 7 5700G is going to be a desktop version in the Cezanne APU lineup, based on the AM4 platform.

The G in its model name tells us that it is a desktop APU and will succeed the Renoir-based Ryzen 4000G series that AMD announced last year. 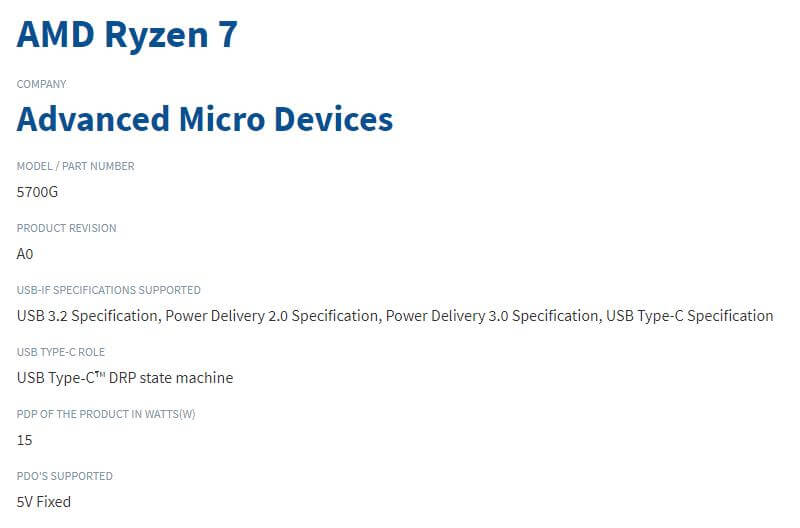 These are APUs, and unlike normal desktop CPUs, these have integrated onboard Graphics (not comparing here with Intel’s iGPU though). Simply put, an APU is constituted of both the CPU and GPU cores on a single die. They most often serve as approachable entry-level graphics solutions for budget gaming PCs and gaming laptops alike.

Those gamers who don’t want a dedicated or a discrete GPU can also go for an APU setup for “casual” or light Gaming.

It now appears that this upcoming AMD Ryzen 7 5700G APU has already been overclocked and benchmarked over at the Chiphell forums.  The benchmark shows the APU sample chip being overclocked to 4.75 GHz with AIR cooling.

A detailed overview of the overclocking performance has also been provided by the leaker, as well as some other details such as PCIe support and the memory IMC performance.

In the leaked benchmark, the overclocked AMD Ryzen 7 5700G APU marginally beats the Ryzen 7 5800X desktop CPU in the CPU-Z benchmark, which at least for now is an impressive feat. For context, the AMD Ryzen 7 5800X is the fastest 8 core SKU within the “Vermeer” Ryzen 5000-series lineup.

The APU also sports the Radeon Graphics based on an enhanced Vega architecture with 8 CUs, or 512 cores. The clock speed for the Vega GPU should also be higher than previous gen Ryzen 4000G chips. 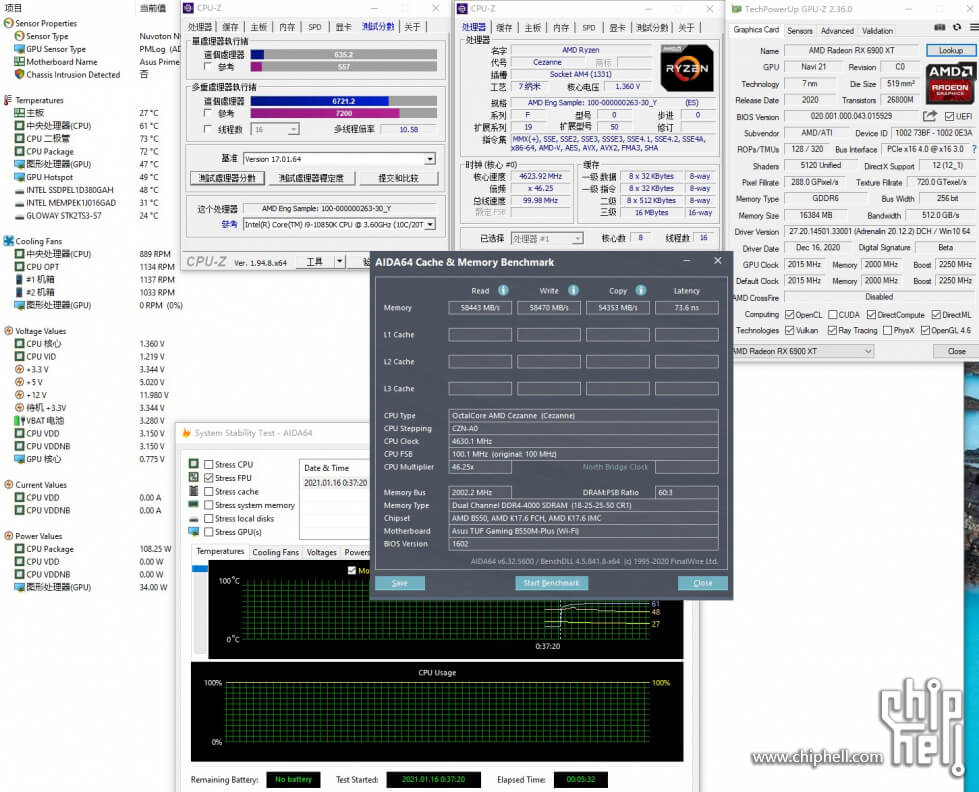 Expect even better values when the final Retail sample arrives, since this could most probably be an early engineering sample/ES. 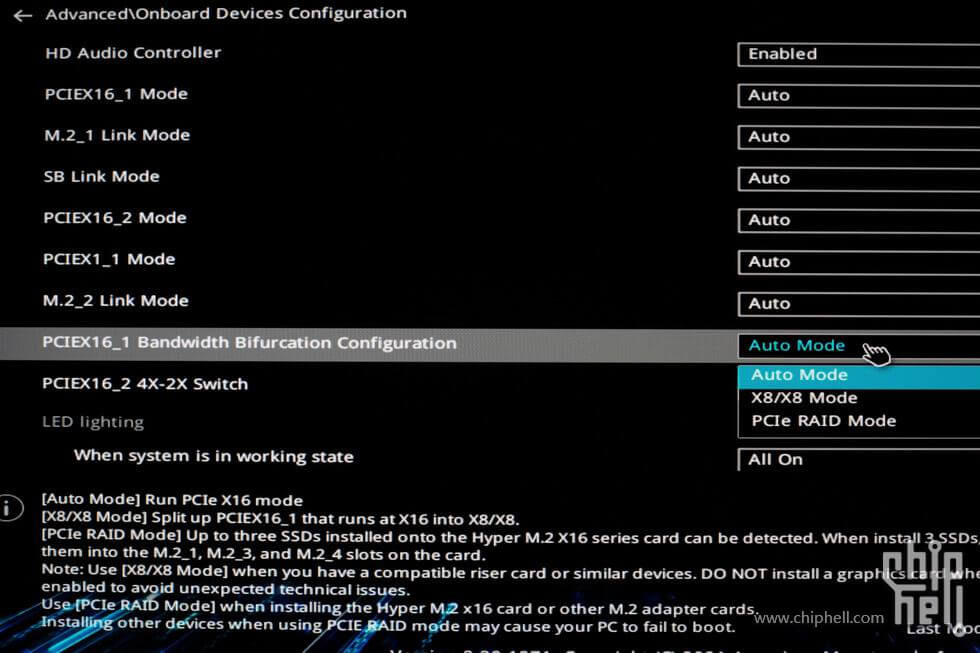 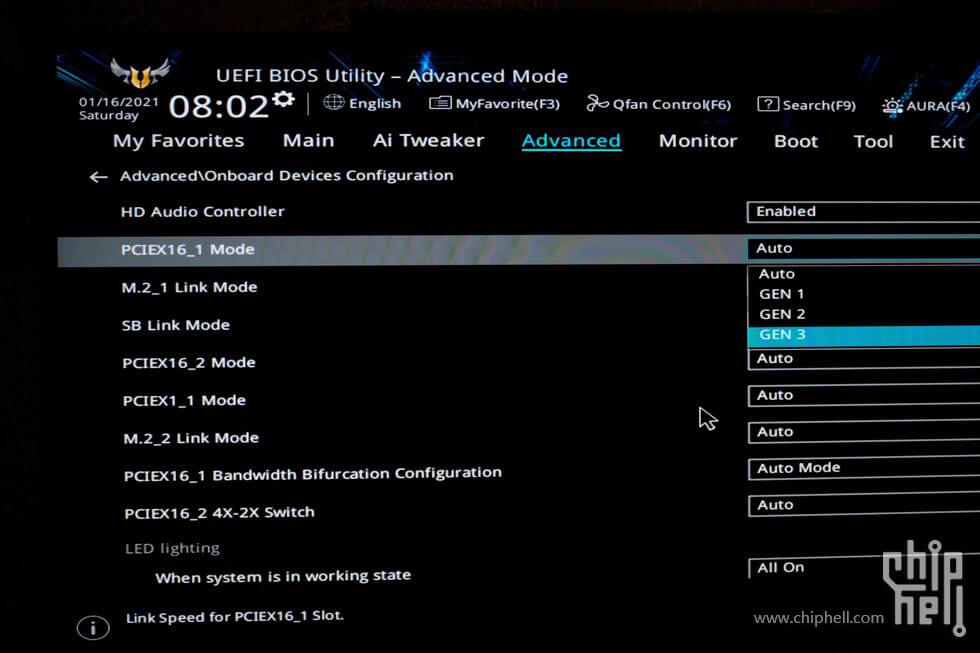 When it comes to the CPU temperature, the chip reported a 72C value for the whole CPU package with the overclock which is pretty acceptable. But the final retail chips might feature even lower temperature values because of the voltage.

There also appears to be support for only PCIe Gen 3.0 interface, though this was already known before. According to the tester enabling SAM can also directly affect the SOC voltage. Without SAM, the voltage was set to 1.15V by default, but after enabling SAM it was raised to 1.2V.

As I mentioned earlier, APUs are a perfect upgrade path for budget and casual gamers alike, and for those who don’t want to spend some extra cash on a dedicated GPU, or they are budget constrained for some reason. These new chips are rumored to feature 8-core/16-thread parts, along with a 6-core/12-thread option as well, allowing for few more options for system builders to upgrade.

Until now AMD has only released budget APUs, with the assumption that serious gamers and professionals will mostly go for a discrete graphics cards in their systems, which seems to be a reasonable assumption if you ask me. But with this new APU lineup things are a bit different.

An APU can also be seen as a “backup” option, just in case your GPU dies. Or, these could alternatively be used in NAS boxes, servers, media centers etc.

The GE SKU APUs on the other hand might be an ideal option for compact gaming PCs which require high core counts along with low levels of power consumption/heat, at 35 Watts TDP. AMD can also target ‘pre-built’ and OEM PCs, with the Vega integrated Graphics.