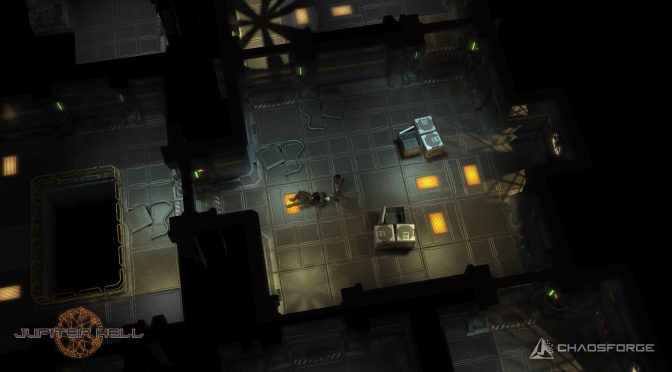 ChaosForge has launched a Kickstarter campaign for Jupiter Hell; a turn-based sci-fi roguelike/RPG with modern 3D graphics, by the creator of Doom Roguelike. Jupiter Hell is the spiritual successor to the critically acclaimed Doom the Roguelike, a free game dating back to 2002.

The game pits a lone marine against demonic forces across the moons of Jupiter, in a familiar 90s sci-fi setting with everyone’s favourite weapons – shotguns and chainsaws.

As the press release reads, the gameplay of Jupiter Hell will be turn-based, tactical and brutally challenging.

“I’m super-passionate about showing this game to the world. There are so many people out there who would love turn-based roguelikes if they were presented in the right way. Ever since making DoomRL I have strived to make traditional roguelikes accessible, but with Jupiter Hell we’re bringing that way beyond what anyone else has achieved.

With Jupiter Hell we’re dialling everything up to 11. I’ve built my own engine to achieve the procedural and animations systems to do the game justice. We have detailed 3D graphics, a fluid interface, an awesome metal soundtrack, and the voice of Commander Shepard as the playable marine. This will look and feel awesome to play, whilst still having the solid, meaty gameplay that makes roguelikes so brilliant.”

ChaosForge aims to raise £60K in total in the next 27 days.

Jupiter Hell is planned for release late 2017, with some Kickstarter backers receiving access by January!