Joshua Stark has informed us about his latest pacman game. The Pac-Man was created with Game Maker 8.1, GIMP, sfxr, cgMusic, Anvil Studio, and Solmire. A game created by one person then. Which reminds me a game I tried to create when I was at the university. Back then, I was obsessed with game development and wanted to… well… create a game. I got half-way through there as I made – using only OpenGL commands  – a cube that could be moved and rotate in all directions, included some mountains, a tilled terrain and a dynamic light source. It was a pretty cool project, but I abandoned it for various reasons (one of them was collisions). Sucks, I know. I wanted to even add textures and bump-mapping. And wanted to code my own bump-mapping instead of using the available libraries. Oh how foolish I was back then. But anyway, it’s good to see a complete game from a single individual, so kudos to Joshua.

The Pac-Man indulges itself as a tribute to both the original game and the variations of it made throughout the years. With 70+ unique stages across ten different worlds, The Pac-Man provides a challenging arcade-adventure experience filled with contrived and uncontrived surprises around every corner. With a new system for how ghost AI operates and a large amount of interesting game elements, this is Pac-Man unlike ever before.

Those interested can give it a go by downloading from IndieDB. 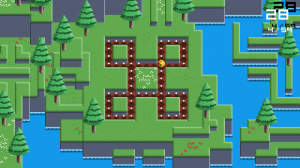 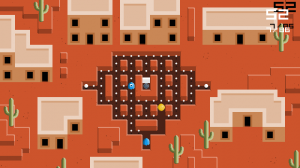 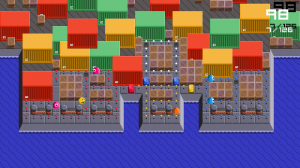 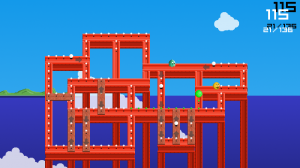