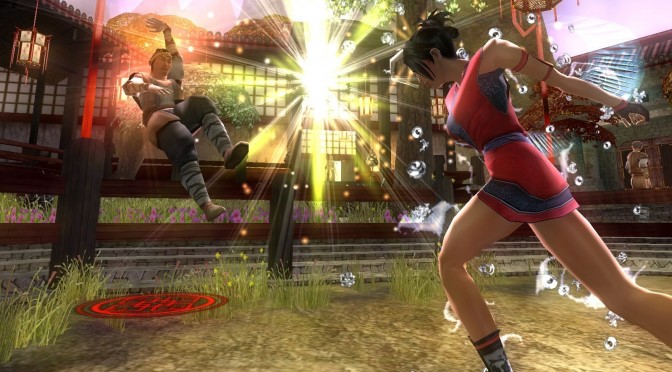 Great news for BioWare and RPG fans as the Special Edition of Jade Empire is currently available on EA’s Origin for free. Jade Empire is an action RPG with real-time combat mechanics that was originally released for PC and Xbox in 2005.

This is a limited offer, so be sure to act while you still can (you can get this game for free from here).

As its Wikipedia page reads:

“Jade Empire uses a three primary statistics in its role-playing system, having levels for Body, Mind, and Spirit. These primary statistics control the secondary statistics Health, Focus, and Chi respectively, as well as the conversation skills Charm, Intuition, and Intimidation. Focus is used by fighting with weapon styles (such as a longsword or staff), or by choosing “focus mode”, which slows the movements of other characters, allowing the player to attack at high speeds. Chi is a character’s spirit energy. The player can use it to for self-healing, to charge up a powerful “chi strike” to deal large damage, or as “mana” when casting spells or transformations. Health, focus, and chi can be replenished by collecting power-ups left by defeated enemies in combat or by using Focus Shrines and Spirit Fonts found in the game world. Additionally, certain party members have the ability to add their power to the player’s, increasing a player’s statistics while the party members remain out of harm’s way.

Certain aspects of Jade Empire??’?s gameplay engine, dialogue and quest systems are handled very similarly to BioWare’s Star Wars: Knights of the Old Republic games for the Xbox and PC. Players can speak to non-player characters (NPCs) in the game’s towns and other areas, asking questions for information to learn more about the world, the storyline, and other characters. Many of these NPCs will offer the player side quests that can be completed for experience points and items. These quests often have more than one method of completion, depending on whether the player chooses to follow the “High path” (in the game referred to as The Way of the Open Palm) or the “Low path” (The Way of the Closed Fist). The player can respond to questions or take courses of action that are consistent with this overall philosophy; different actions will affect a character’s alignment and ability to cast certain spells or equip certain items.

There is a vertical-scrolling airplane shooter included in Jade Empire as a mini-game, which is triggered by certain events in the storyline. In the mini-game, only the Health and Chi bars are active. Chi is replenished by shooting enemies, and is used for special attacks specific to the mini-game. The yellow Focus spheres will upgrade the player’s primary cannon up to three times. Red Health spheres refill the health bar, as in the main game.”

Kudos to our reader 7thGuest for informing us!