Back in October, Intel officially revealed its upcoming 11th Gen Rocket Lake-S desktop CPU lineup, based on the Cypress Cove core architecture. Rocket Lake (RKL) is a planned microarchitecture designed by Intel as a direct successor to the 10th gen Comet Lake-S series of desktop CPUs and high-performance mobile devices.

Rocket Lake-S desktop platform should hopefully be the last CPU architecture to be based on an advanced 14nm process node. The new Rocket Lake-S silicon or SoC is going to be known as ‘Cypress Cove’. Rocket Lake-S will offer PCIe Gen 4.0 support, enhanced overclocking and double-digit percentage IPC benefits over Comet Lake-S lineup.

Now an alleged CPU entry has been spotted within the Ashes of The Singularity benchmark database, by TUM_APISAK, which appears to be for Intel’s flagship Rocket Lake-S desktop CPU, the Core i9-11900K. This chip could also be an early Engineering sample/ES, so final clock speeds may vary.

The Intel Core i9-11900K CPU features 8 cores and 16 threads, and a 3.50 GHz base clock speed value. The entry has appeared recently which means that Intel’s partners might be already testing the CPU sample. This CPU also sports 16 MB of L3 cache, and 4 MB of L2 cache. 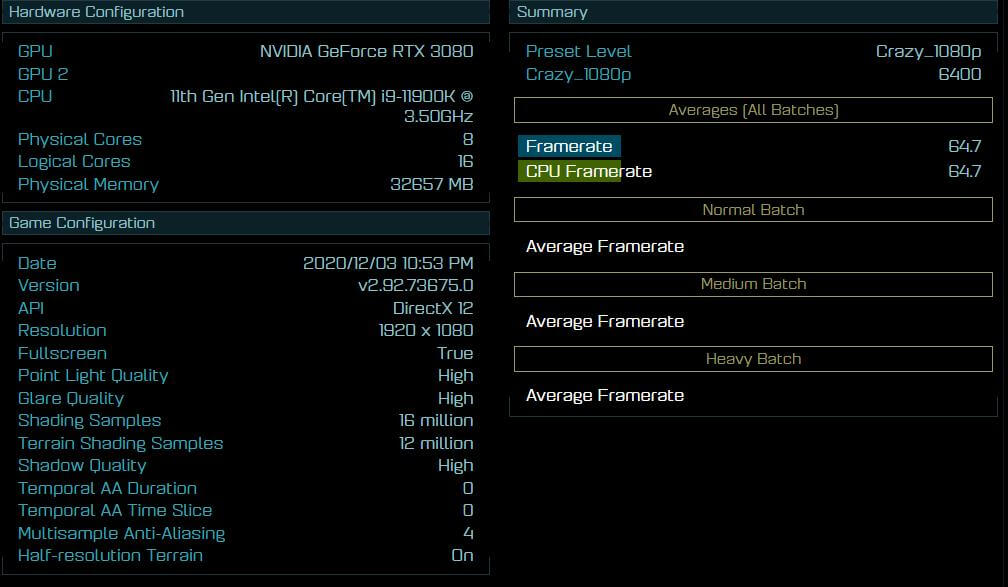 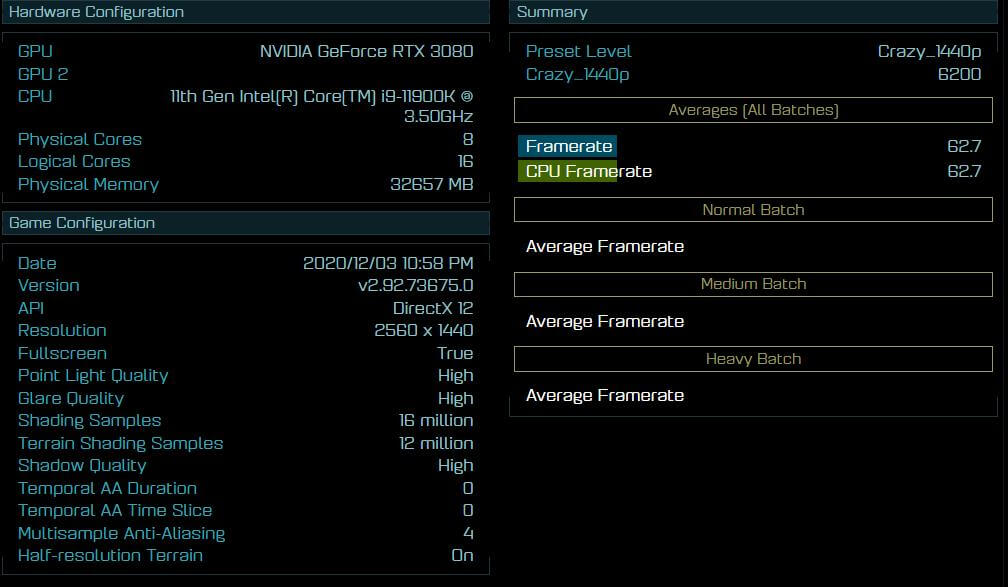 Interestingly, one Twitter user immediately responded to the findings posted by TUM_APISAK, and shared results of his Ryzen 9 5950X CPU which scored 71.9 FPS at 1080p with the Crazy preset.

From his benchmark score, it appears that the AMD Ryzen 9 5950X is around 10-11% faster than the Core i9-11900K in this particular benchmark. The AMD processor scored 7100 points, but does feature a higher number of cores and threads 16/32 vs 8/16 found on this recent Intel RKL CPU sample entry.

On some other Rocket Lake CPU leak, MSI manufacturer has inadvertently revealed an 8-core/16-thread Intel Rocket Lake-S entry as evident from the CPU-Z specification screenshot shared in a recent press release.

The leaked CPU-Z screenshot confirms that this particular sample features 8-cores and 16-threads, and is clocked at 3.4 GHz base/4.3 GHz boost. But since the maximum multiplier is 50, the turbo clock can also boost up to 5.0 GHz.

The CPU-Z screenshot also reveals that the Rocket Lake-S engineering sample supports AVX512F and SHA instructions, which the current 10th gen Comet Lake-S core series lack. The screenshot also confirms that this 8 core Rocket Lake-S CPU has a max TDP of 125W. MSI has pulled back and taken down the press release from their website though.

According to Intel, Rocket Lake-S will have a PL1 state value of 125 W and a PL2 of 250 W. Intel has also bumped the memory clock speeds up to DDR4-3200, an increase over the current DDR4-2933 speed supported on Comet Lake processors.

The RKL CPU lineup will max out at 8 cores/16 threads. This is all because of the backporting the large CPU cores originally designed for 10nm to the older legacy 14nm node, which means two cores and four threads less than the current Comet Lake CPU lineup.

Maybe I should talk about Intel stuff a bit more….. for balance.

Disclaimer: This is 1000% my own speculation, and almost certainly wrong. I post this in the hopes that @wccftechdotcom, @VideoCardz, or someone from ChipHell will either confirm or deny it. ? pic.twitter.com/JaBRlsncNx

Apparently, it might be possible that Intel is also designing these socket LGA1200-based Rocket Lake processors to feature multi-chip modules, similar to Matisse in some way.