If you have been following INTEL’s roadmap, then you must be aware that Intel recently introduced its LGA 1200 socket platform for Comet Lake-S, and also promised to offer support for Rocket Lake-S CPUs. Previously, according to one report posted by Lit-Tech, it was rumored that the LGA 1200 socket would soon be replaced with the arrival of next-gen ‘Alder Lake-S’ CPUs.

@chiakokhua was also one of the first leakers to predict about Alder Lake series requiring a new socket, and it appears that his speculation was indeed correct. In case you didn’t know, Lit-Tech is a Taiwanese-based company responsible for Voltage Regulator Testing Tools/VRTT for the ASIAN market. The site even lists quite a few unreleased architectures such as Ice Lake-S/H and Tiger Lake-H.

Now, according to INTEL’s own development resource website it has been confirmed that Alder Lake-S series of CPUs will indeed support a new ‘LGA1700’ socket. The resource website lists new information on the upcoming Alder Lake series. This latest leak comes via @momomo_us, and Lit-Tech. 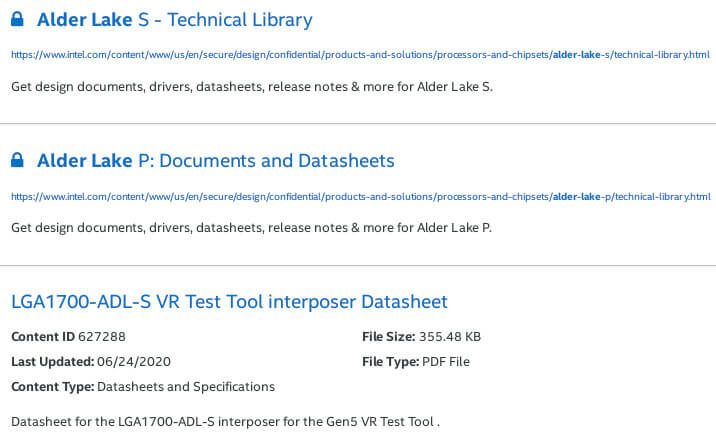 Intel now lists LGA1700 socket on its official resource website, which is a direct confirmation coming from the company regarding Alder lake-S requiring a new CPU socket. Alder Lake-S would be a direct successor to Rocket Lake-S. We also have a new entry named as Alder Lake-P series. It is unknown at this time, what’s the actual purpose of Alder Lake P lineup of processors. The Intel Atom server series which featured up to 24 cores (codenamed as ‘Snow Ridge’), are the most recent CPU lineup to use the P suffix. We don’t know for sure how this is directly connected to Alder Lake though.

It was previously mentioned back in January by Komachi_Ensaka, that this new socket will be bigger than LGA1151/1200 sockets (37.5mm x 37.5mm). The exact dimensions were also outlined (45.0mm x 37.5mm), revealing Intel Alder Lake-S is a going to be a successor to Comet/Rocket Lake-S, and will feature a new socket LGA 1700. This socket will have support for at least three generations of Intel CPUs. Most importantly, Alder Lake-S is expected to feature a new “big core / small core” architecture, featuring Golden Cove and Gracemont cores. 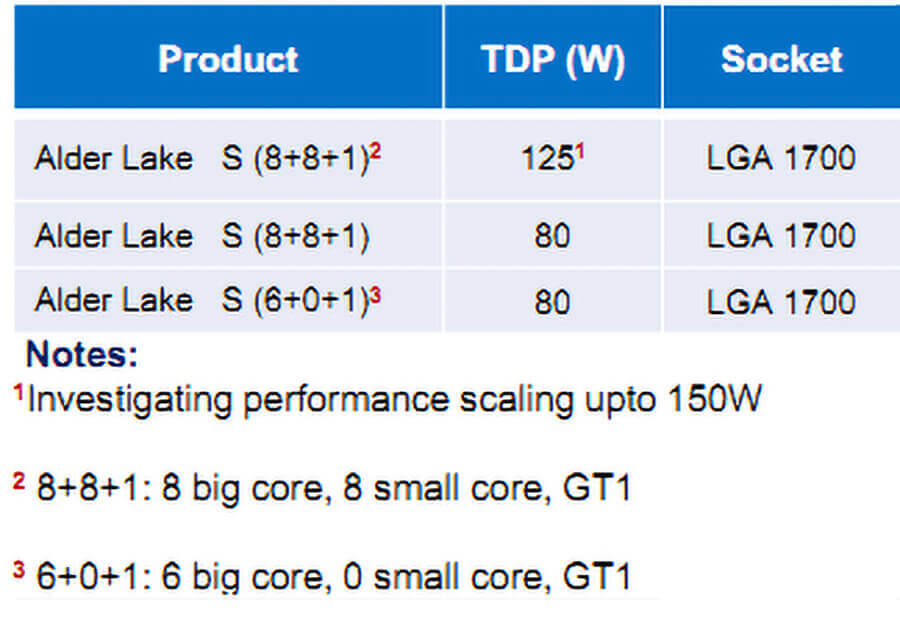 According to one report it is now speculated that these architectures are Golden Cove (Willow Cove successor) and Gracement (Tremont successor) respectively. Willow Cove is expected to appear in the upcoming Rocket Lake-S series of processors. LGA 1700 socket is getting a support for 3 generations of Intel CPUs. This is something new for INTEL because the company has been known to support a short socket lifespan till now. But this new socket will support ‘DDR5’ memory so it makes sense to design a new socket. These rumors indicate that Intel’s LGA1700 socket will compete with AMD’s AM5 socket in terms of platform longevity.