Just a few days ago. it was reported that Intel is expected to launch its first discrete gaming GPUs based on the XE-HPG GPU architecture in 2021. The company plans to target the enthusiast gaming market. Intel will be directly competing against AMD’s upcoming RDNA 2 and NVIDIA’s Ampere GPU lineup.

Now, according to a latest Taiwanese report, Intel’s XE-HPG GPUs are going to be fabbed on TSMC’s foundry and will utilize TSMC’s 6nm process node. As published by the Taiwanese based outlet IThome (coming via @harukaze5719), Intel’s XE-HPG GPUs will be produced at TSMC’s foundry. The TSMC 6nm process node was mentioned before in the company’s latest roadmap, and is codenamed as ‘N6’. TSMC’s 6nm process tech will make use of an advanced/refined version of the EUV lithography tech, having 18% more logic density over TSMC’s 7nm (N7) process node. Intel is going to take 6nm process orders from TSMC.

We expect the XE-HPG gaming GPUs to utilize a standard/simple packaging design, while the datacenter and HPC chips are going to use advanced packaging and innovative technologies such as EMIB, CO-EMIB, and FOVEROS. The XE-HPG architecture is going to be optimized for gaming, and Intel has been developing this sub-architecture since 2018. The XE-HPG is another category within the XE micro-architecture family, and it falls between the XE-LP and XE-HP sub-architecture, and will target the ‘Gaming’ market segment (mid-range to enthusiast).

Intel has also confirmed their XE-HPG series of cards will support hardware-accelerated ray tracing/RTX. Nvidia already introduced Ray tracing with its Turing GPU lineup two years back and AMD’s upcoming RDNA2-based cards are also going to leverage hardware-level RTX support. So it makes sense for Intel to adopt this technology, though we don’t have any performance metrics of these new XE-HPG cards, to compare it with Nvidia’s current Turing lineup. 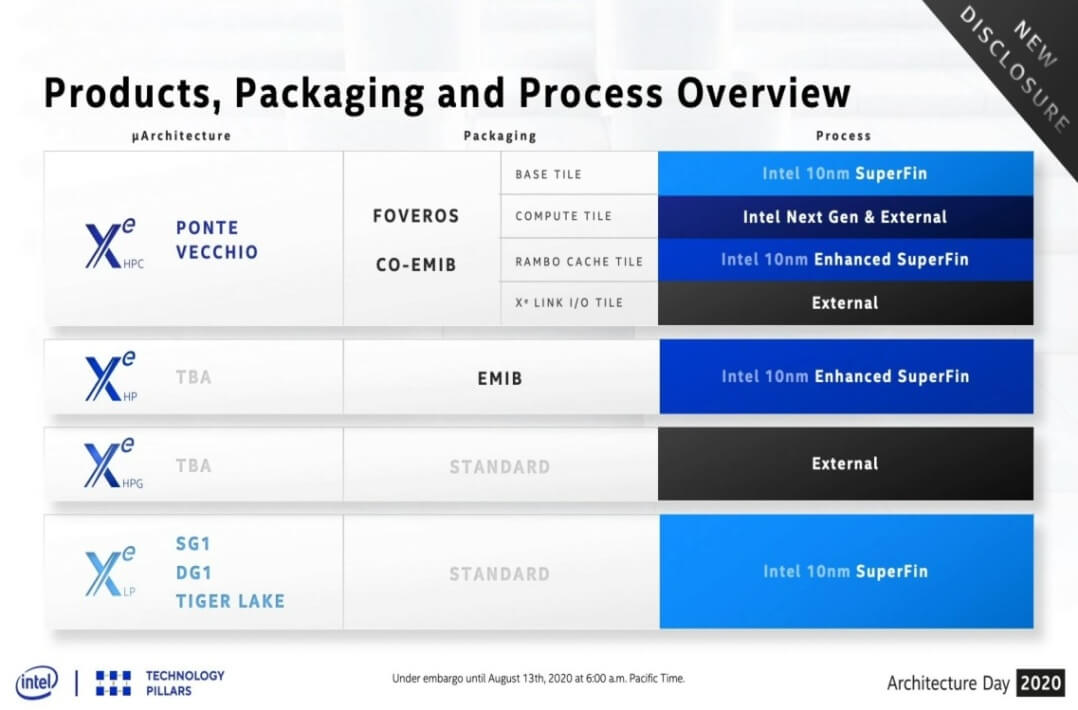