But first things first, here are the 8th generation desktop CPUs that will be released on October 5th. 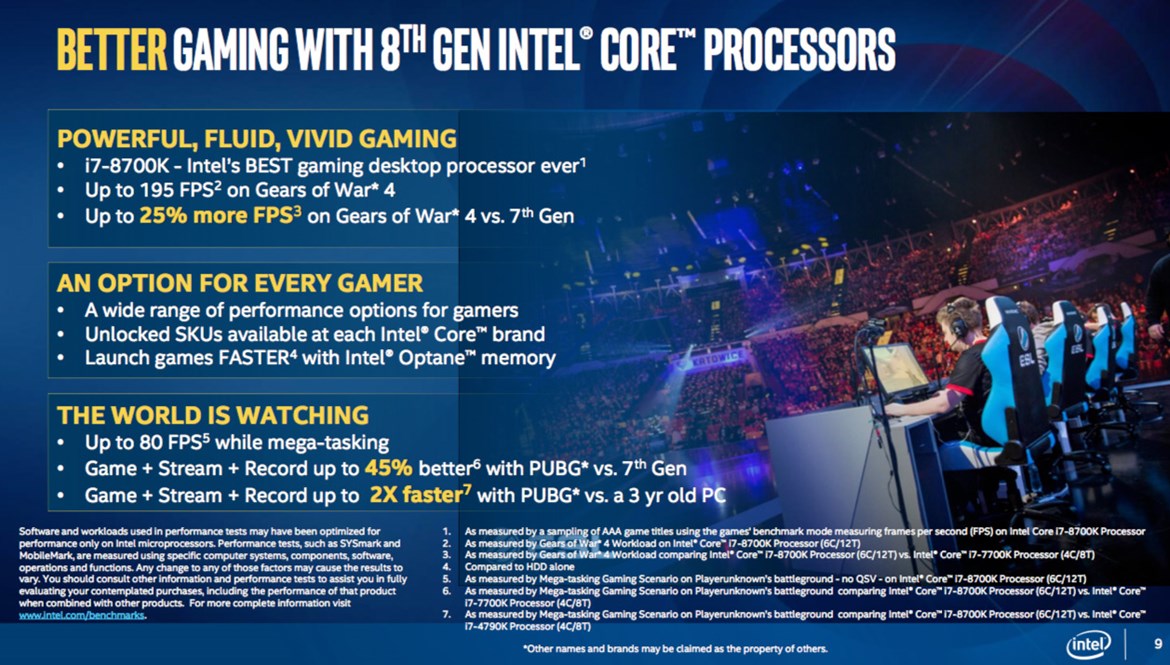 In case you weren’t aware of, Gears of War 4 scales incredibly well on multiple CPU cores/threads. As we wrote in our PC Performance Analysis:

So yeah, while most games will not offer this 25% performance increase, there will be games (like the recently released Project CARS 2) that will benefit from this brand new CPU. 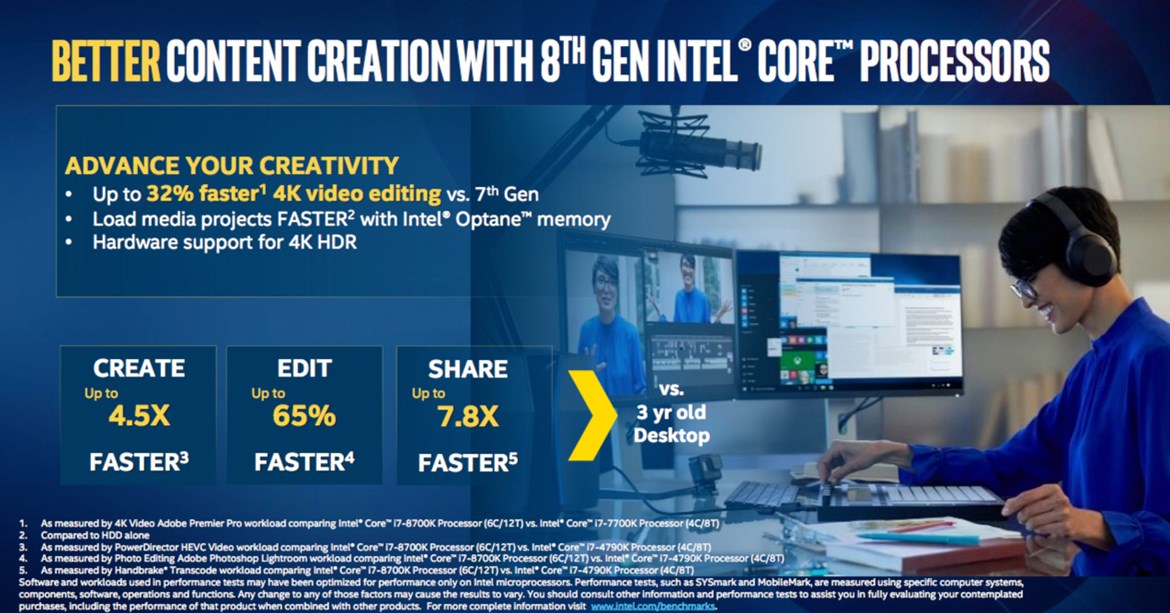