Earlier this month, we shared some official gaming benchmarks between the Intel Rocket Lake-S Core i9 11900K and the AMD Ryzen 9 5900X. And today, some new gaming benchmarks have been leaked by a Chinese TechTuber.

Now in case you didn’t know, the Intel Core i9 11900K will feature 8 cores and will support 16 threads. On the other hand, the Intel Core i9 10900K has 10 cores and supports 20 threads. For the following gaming benchmarks, the TechTuber overclocked both CPUs at 5.2Ghz. Moreover, he used a QS chip which should be close to the retail unit.

As we can see, the Intel Core i9 11900K is slightly faster in some of the games. However, this upcoming CPU is also slower in some other games.

From what we can see, the Intel Core i9 11900K performs slower, than the Core i9 10900 in Cyberpunk 2077, Shadow of the Tomb Rader. Cyberpunk 2077 can be a really heavy-CPU game (with High crowd), and eight cores may simply not be enough, even for gaming at 1080p. Our Intel i9 9900K was also maxed out when playing it at lower resolutions. As such, these results do not really shock us as – in its current state – the game needs a lot of CPU power. Similarly, Shadow of the Tomb Raider benefits from CPUs that have a lot of CPU cores/threads.

Below you can find these first leaked gaming benchmarks. 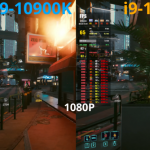 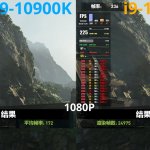 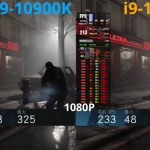 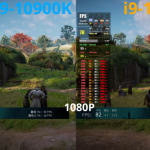 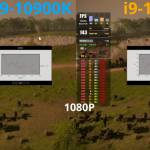 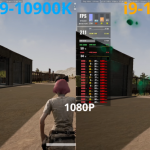