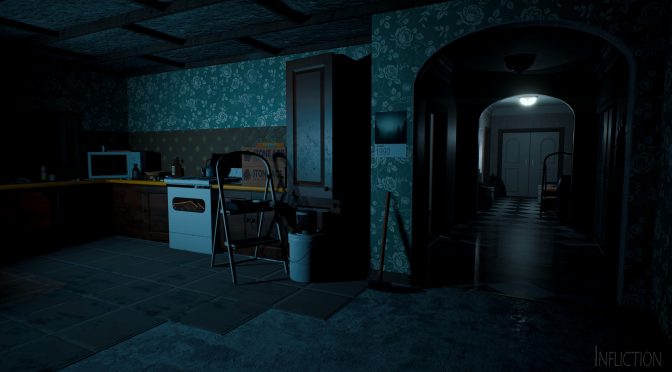 Caustic Reality is currently working on a new horror game called Infliction. Infliction is described an interactive nightmare, a horrific exploration of the darkness that can lurk within the most normal-looking suburban house, and is obviously inspired by the cancelled Silent Hills P.T. game.

In Infliction, players will wander through the remnants of a once-happy family, reading letters and journals, listening to voicemails, and piecing together clues to understand the terrible events that led you here. Naturally, players are not alone in this house as a being of infinite grief and rage is also present that will hunt you while you  hunt for clues.

Infliction will be powered by Unreal Engine and promises to feature photorealistic environment with dynamic lights and shadows. The game will also come with two difficulty options: standard and hardcore. Standard difficulty will occasionally point you in the right direction, but in hardcore mode you will be completely on your own.

The team aims to release the game next month, though I’m not certain whether it will be able to meet that deadline. Still, the good news here is that there is a demo for you to download and play, which will obviously give you a small taste of this new horror title.

Kudos to our reader ‘Pixel’ for bringing this game to our attention.