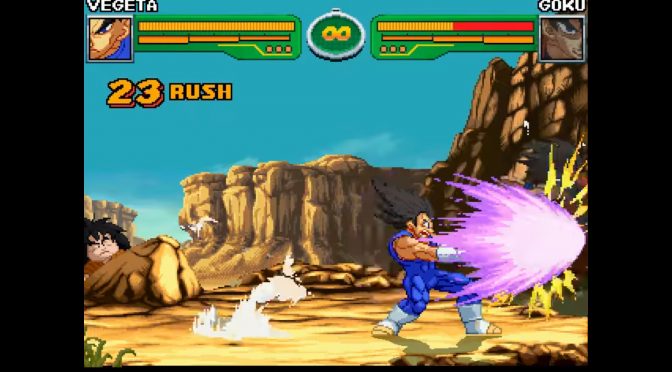 Ronnie Dieleman has released a new version of Hyper Dragon Ball Z. Hyper Dragon Ball Z is basically a MUGEN 2D DBZ fighting game. However, and contrary to other MUGEN titles, this one seems really polished and comes with reworked sprites for pretty much all characters.

The Champ’s Build version of Hyper Dragon Ball Z contains updates and re-balances to all the existing characters and adds new characters as well as a couple of new stages and a more polished screenpack. This build also comes with two brand new movelists. Both are located in the ‘information & movelist’ folder. One is the ‘HyperDBZ – Printable-Movelist’ (opens with Wordpad / Word), which as the name suggests, allows to be printed so you can have a neat movelist lying in front of you whilst playing the game. The second is the ‘HyperDBZ – Detailed Movelist’, which is a folder.

The game also comes packed with the original music themes of WizzyWhipItWonderful.

While this version comes with a respectable roster size, the team behind the game aims to add Android 18, Super Buu, Gotenks, Krillin and Tienshinhan in the future. In addition, more stages will be coming, as well as more updates, bug fixing and balancing tweaks.

In order to play the game, you’ll have to download the .rar file from the following links. Once you’ve got it, extract it. Then go inside the root folder and launch ‘HyperDBZ.exe’. The default keyboard buttons are A, S, D for punches, Z, X, C for kicks, the arrow keys for movement and Enter for Start. You can configure the buttons to be mapped somewhere else by starting up the game, going to the Options Menu and then Button Config.