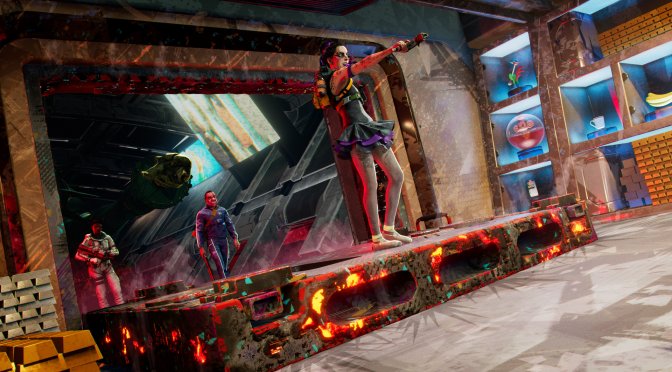 SEGA and Creative Assembly have announced a new multiplayer sci-fi FPS, called HYENAS. In addition, the teams shared the game’s announcement/reveal trailer that you can find below.

In HYENAS, players will team up with their pack to steal priceless pop culture loot from the Mars billionaires and rival crews. And, to be honest, I’m not really impressed by what I’m seeing here.

Creative Assembly claimed that this won’t be a Battle Royale game, so I guess we’re looking at another hero shooter. Its art style is also not my cup of tea. SEGA and Creative Assembly are clearly targeting a young audience with this game. So, it remains to be seen whether they’ll succeed where others failed.

SEGA plans to release HYENAS in 2023.