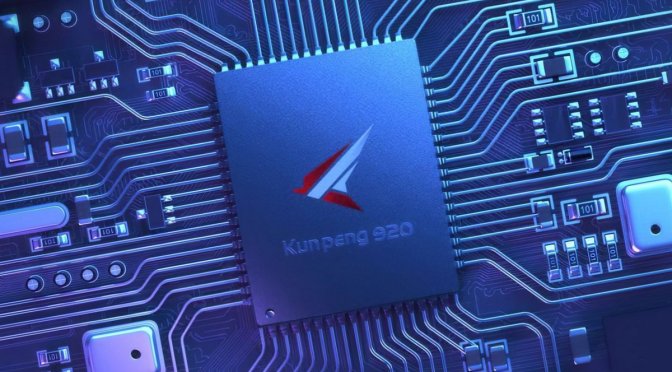 According to the Chinese news outlet IThome, Huawei is launching its own brand’s new desktop PC for the domestic market, internally codenamed as ‘Pangu’. Huawei is trying hard to position itself despite the technology bans levied against it by the United States government.

The company’s own 24-core ARM-based Kunpeng 920 Desktop CPUs are apparently almost ready for launch. Huawei could come up with an ARM-based desktop CPU before Apple does. The company is readying a new desktop PC for China’s 3-5-2 plan to replace foreign hardware by 2022. The IThome report claims that the Kunpeng 920 3211K’s multi-core performance is slightly better than the Intel Core i9-9900K Coffee Lake CPU, thus marking an important milestone of China’s technological self-sufficiency.

The Kunpeng 920 CPU family extends up to 64 cores and is built on 7nm process tech. It uses the ‘TaiShan v110’ microarchitecture, which appears to be a custom ARM core according to WikiChip. The Kunpeng 920 is based on Arm’s Neoverse N1 (codenamed as Ares) microarchitecture, and core configurations span from 24 up to 64 cores, all running between 2.4 GHz and 3 GHz clock speeds.

TSMC used to produce Kunpeng 920 for Huawei on its 7nm process node. But due to new U.S. regulations, the company had to cut off all ties with the Chinese tech giant. The Kunpeng 920 3211K SKU in particular sports a total of 24 cores that max out at 2.6 GHz speed. Huawei has paired this processor with 8GB of SO-DIMM memory, a 512GB Samsung SSD and AMD’s Radeon 520 mobile graphics card.

As per the specs, the CPU has a 128KB L1 cache split into 64KB blocks for instructions and data. Each CPU core has 512KB of private L2 cache, and the entire CPU family supports up to 64MB of cache on a 64-core configuration. This Huawei desktop is exclusively for government and enterprise customers. It runs on a Chinese domestic UOS/Unity Operating system and cannot install and support Windows OS. In case you didn’t know, the Unified Operating System (UOS) is a Linux distribution based on Deepin and developed by Tongxin Software as a replacement for Windows in China.

When it comes to expansion options, this desktop does not support other types of graphics cards, and the CPU board also cannot be removed. The Kunpeng 920 3211K CPU is actually soldered to the motherboard and doesn’t support other graphics cards. The UOS is also cemented into the PC so we don’t get any option to install Windows on it either. Users should be able to upgrade the memory or SSD though.

Coming to the performance, the Kunpeng 920 can surpass Intel’s Core i9-9900K in terms of multi-core performance, but there’s no mention of single-core performance. We can only assume for now that the Single core performance won’t be at par with Intel’s offering. Nevertheless, as an example, the eight-core Kunpeng 920 2249K processor is able to finish the Blender BMW test in 11 minutes and 47 seconds, whereas the Core i9-9900K takes 16 minutes and 45 seconds, but the range of software that can run on UOS is very limited though, and there’s also no emulation layer for most of the popular x86 software/apps.

Huawei ‘s 24-core CPU clocked at a static 2.6 GHz brings about 62.4 GHz of processing power to the table. A Core i9-9900K on the other hand gives around 42 GHz of effective processing power assuming a 4.5 GHz turbo clock speed. Overall, the Kunpeng 920 is much better than Zhaoxin’s x86 chips. China plans to replace all hardware and software by 2022, and Huawei’s chips seem like a better option. It could also tap into a local foundry like SMIC, for the production of the 7nm process later this year.

Nonetheless, images of the Pangu desktop PC show three USB Type-A ports, one USB Type-C port and a single 3.5mm headphone jack in the front of the case, and there is also room for an optical drive. The rear of the case comes with four USB Type-A ports, one Ethernet port, three 3.5mm audio jacks and a D-Sub port. According to IThome’s report the Pangu PC packs a 23.8-inch monitor with a resolution of 1920 x 1080 with 70% NTSC color gamut. 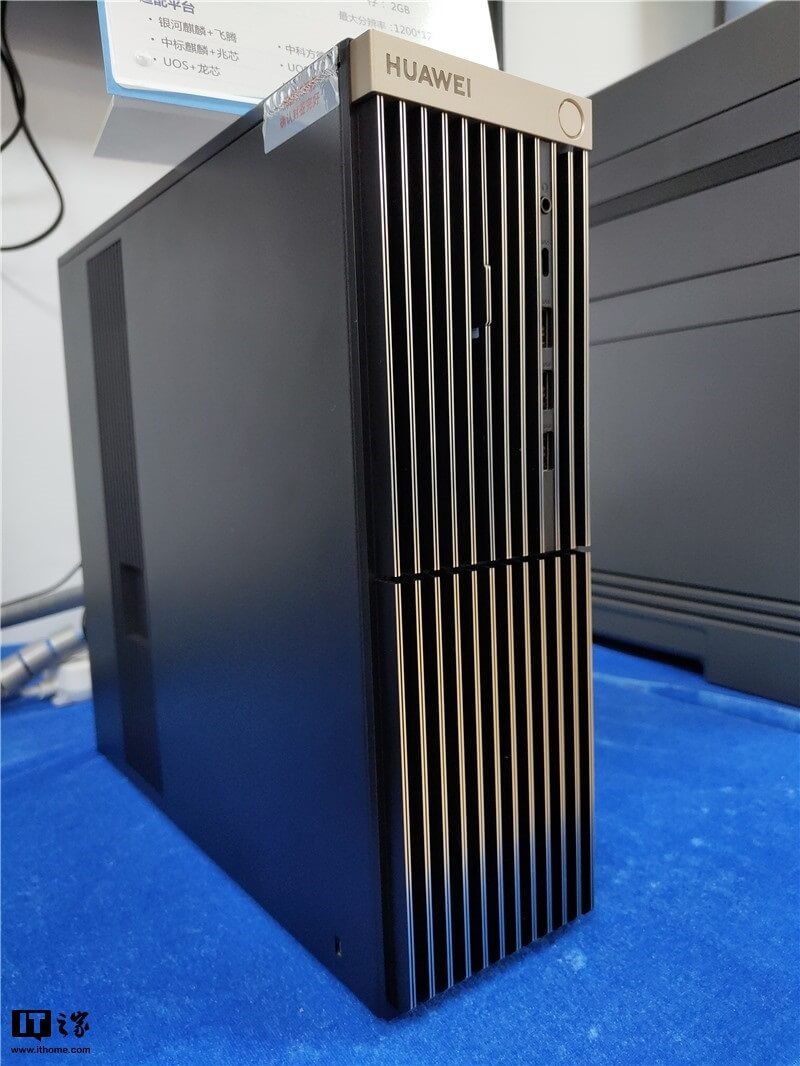