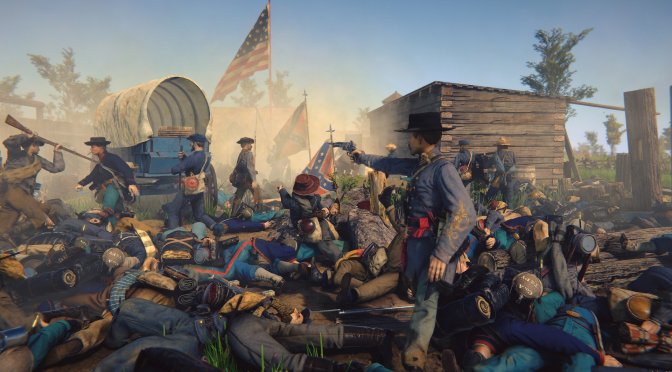 Flying Squirrel Entertainment has announced that its historical first/third person combat game, Battle Cry of Freedom, will release on March 1st. And, in order to celebrate this announcement, the team released a brand new trailer for it.

Battle Cry of Freedom brings brutal real-time first and third-person combat set in the 19th Century America, presenting players with the opportunity to re-fight the American Civil War as either the Union or the Confederacy.

In this game, players will take part in massive multiplayer battles with up to 400 players simultaneously. Additionally, the game will also support another mode, called Commander Battles. In this mode, players will take control over a company of AI-controlled soldiers. Now what’s awesome here is that this mode will support up to 800 Bots per Server.

Not only that, but Battle Cry of Freedom will destructible environments. Players can destroy bridges, fell trees, punch holes in walls, and blow up fences. Add also to this a dynamic weather system. According to the devs, wind and lightning will break trees, and rain and fog will lower visibility.