Now that’s simply hilarious. Remember those awful Capcom typos? Yeap, the ones found in Street Fighter x Tekken and the boxart of Resident Evil: Revelations? Well, it’s time now for Ubisoft to mess it up, as there is a nice typo in the Collector’s Edition of Ghost Recon: Future Soldier. Reddit’s member ‘MitchOnReddit’ has captured a screenshot of it that can be viewed below. Obviously, ‘acroos’ should be ‘across’. Still, it’s hilarious so go ahead and enjoy! 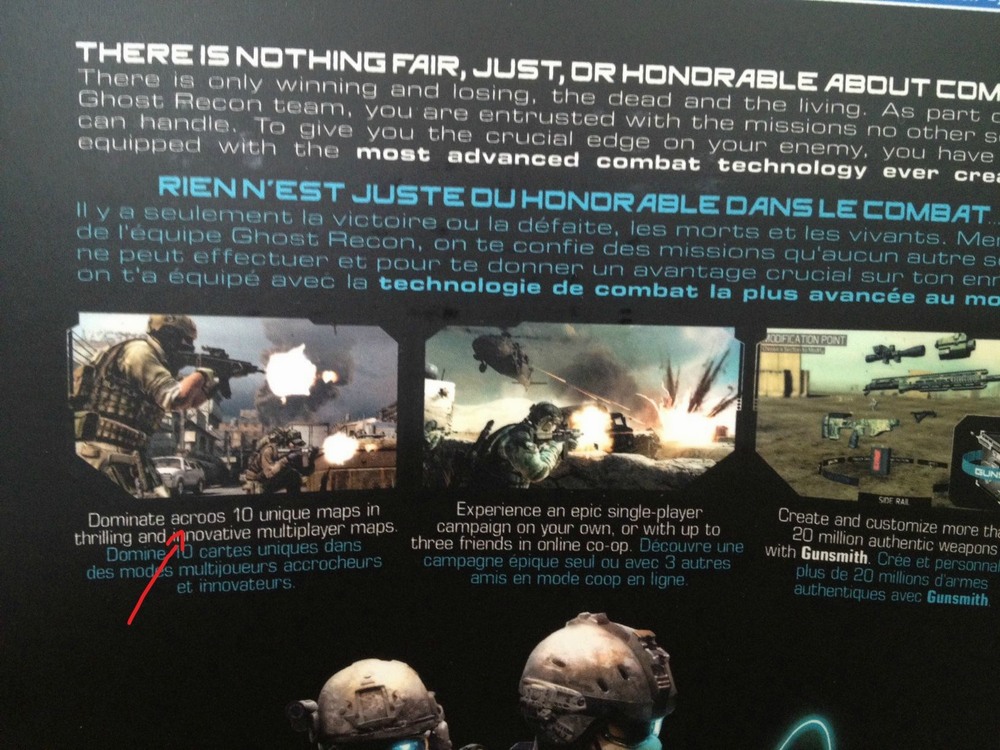