Sony Online Entertainment announced today that it will be challenging gamers to battle to the death in Bullet Run, the online game company’s upcoming new free-to-play first-person shooter (FPS). Developed by ACONY Games and available later this summer for the PC, Bullet Run is a team-based multiplayer game that puts players in the ultimate reality TV game show, where contestants showcase their deadly talents in the name of fame.

“While our games portfolio continues to grow across many different genres of online gaming, the addition of Bullet Run brings an entirely new level of entertainment to the gameplay experience for both the free-to-play community and fans of first-person shooters. The game promises a high energy persistent combat experience that few FPS games have obtained, while also lowering the barriers of entry for more casual players looking for a unique gaming experience.”

Set in the near future, the game features the hottest new reality TV game show, Bullet Run, where performance is everything – simply gaining the kill does not win your character fame. Style and attitude, combined with a hair trigger and cat-like reflexes, will bring contestants the fame they crave. Players, also known as “Contestants,” battle to the death with ammo, weapons and attitude. With fame on the line, an array of customization options will allow players to create unique looks for their characters and ensure the style system spotlight is on them. Matches take place in a variety of settings, each of which provides a different mix of tactical options, play styles and equipment options. Through a revolutionary “Synth” technology, these reality stars will die, re-incarnate into a new body and jump right back into the action until the match is complete. Death becomes a mere setback as players compete for fame and glory.

“We are excited to bring players what we think will be the best FPS experience in the PC free-to-play market. We designed Bullet Run with the same quality and attention to detail as a AAA retail product but focused on making it a great game experience for a full range of players regardless of their skill level.”

“We believe the sexier, media-driven storyline sets it apart from other FPS games and will continue to attract new players who might be tired of the same military shooters.”

Bullet Run brings the best elements of the FPS genre together with unique levels of immersion and character progression, creating a fully-customizable, persistent gaming experience. With six Synth Arenas – from oilrigs and jungles to abandoned shanty towns – the game focuses on individual character and weapon advancement and progression. Through their showmanship, players will have the opportunity to unlock and/or purchase new weapons, weapon modifications and attachments, wardrobe items, accessories, and custom weapon decals – all contributing to thousands of possible combinations for individualization of their characters.

Bullet Run is currently in development by ACONY Games and will be available for the PC later this Summer. 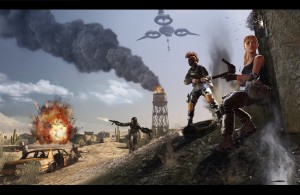 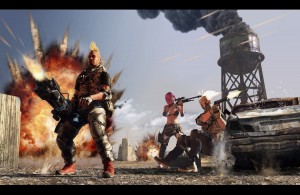 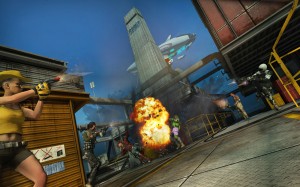 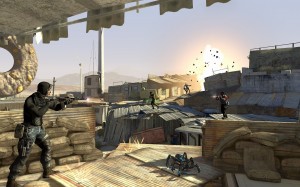