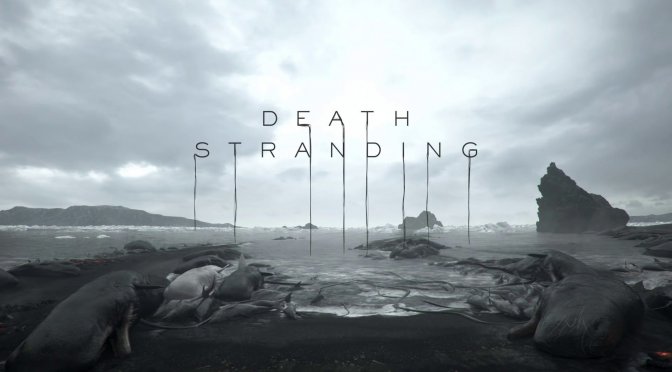 Death Stranding is still quite far from releasing on PC, but many players have stranded themselves at Kojima’s post apocalyptic beaches, for almost a month now. The water is terrible by the way and swimming is not recommended. Better stay on the beach. You have been warned.

Hideo Kojima gave an interview to Vulture, where he spoke about Death Stranding, Norman Reedus and few other things. He said that he is discussing working with Reedus again, perhaps on a Death Stranding sequel. He also said that if he did make a sequel he “would start from zero.”

“I wanted the player to become Sam, but gradually. He doesn’t know how to control himself at the beginning, like a baby learning to walk.”

I have already finished the game and I do not think the game needs a sequel. I don’t even see a possible continuation of the story, but then again I am no Kojima. So I guess starting from zero – does – sound – better.

“That’s why I added this indirect online connection in the game — so that people will feel it’s alright, it’s okay. You’re relieved that you’re not alone. You see other people’s footprints and think it’s not just me here.”

While I enjoyed my time with Death Stranding, I would prefer a completely new game. Though I can’t wait to replay it on the PC. There have been some rumors that Kojima is working on a horror game. Silent Hills P. T. (playable teaser) was awesome and I would much rather prefer something like that, instead of the continuation of Death Stranding.

There is a rumor that in order to play the P. T. you had to sign a waiver and “it would somehow interact with your real-world self, like by sending you emails or text messages as characters from the game even when you weren’t actively playing”.  Seriously? That’s super creepy and awesome!