As ArsTechnica pointed out, the following table was created thanks to the accuracy of Steam’s Achievement percentages.

“The new data derivation method, as ably explained in a Medium post from The End Is Nigh developer Tyler Glaiel, centers on the percentage of players who have accomplished developer-defined Achievements associated with many games on the service. On the Steam web site, that data appears rounded to two decimal places. In the Steam API, however, the Achievement percentages were, until recently, provided to an extremely precise 16 decimal places.

This added precision means that many Achievement percentages can only be factored into specific whole numbers. (This is useful since each game’s player count must be a whole number.) With multiple Achievements to check against, it’s possible to find a common denominator that works for all the percentages with high reliability. This process allows for extremely accurate reverse engineering of the denominator representing the total player base for an Achievement percentage.”

In July 4, Valve updated its Steam API to provide much less precision in its Achievement percentages. As such, the following table is only relevant for these past/next few days. Moreover, Valve has already expressed its desire to provide a more accurate way for users and developers to get – perhaps sales and player count – data out of Steam.

So without further ado, here are the top 10 games with the highest amount of players on Steam right now. 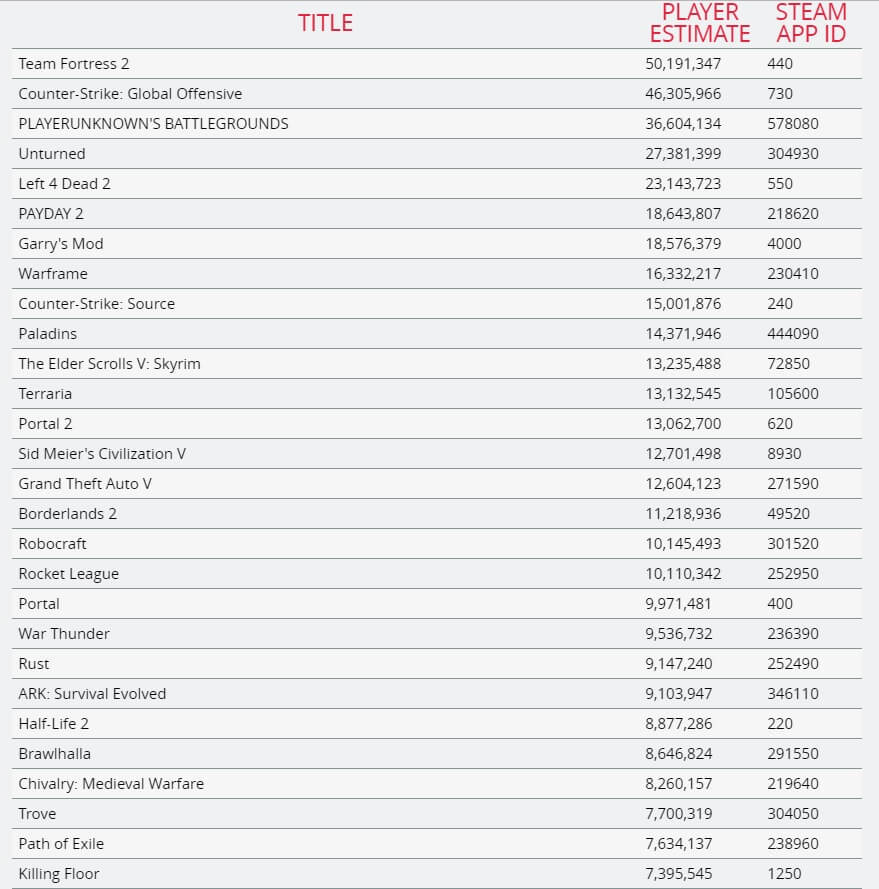 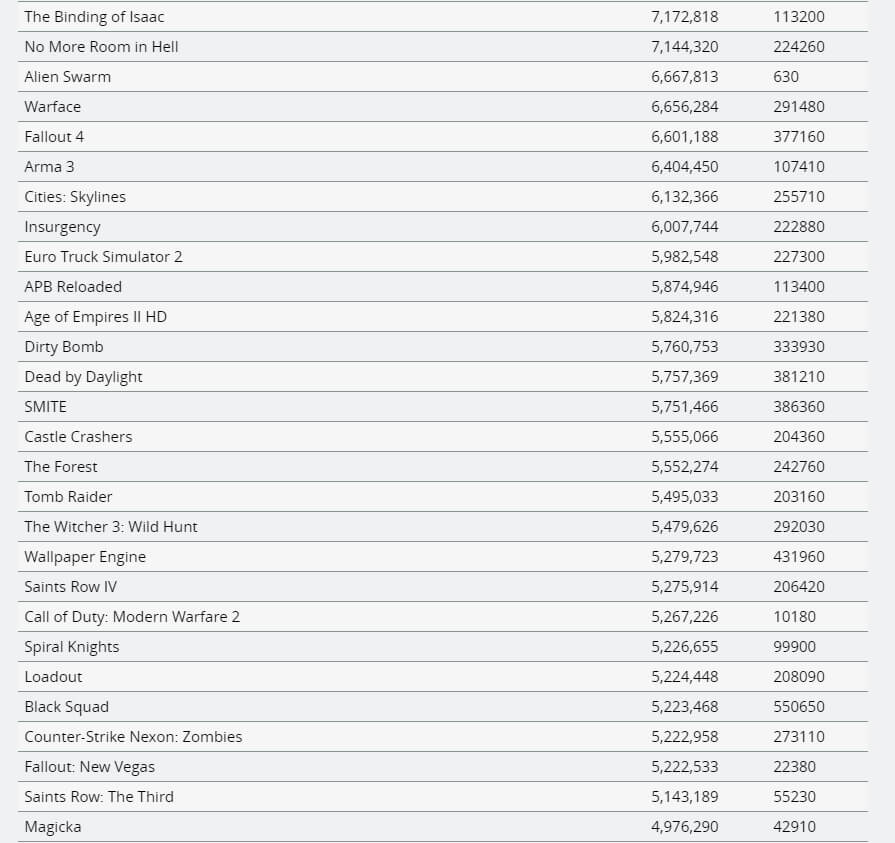 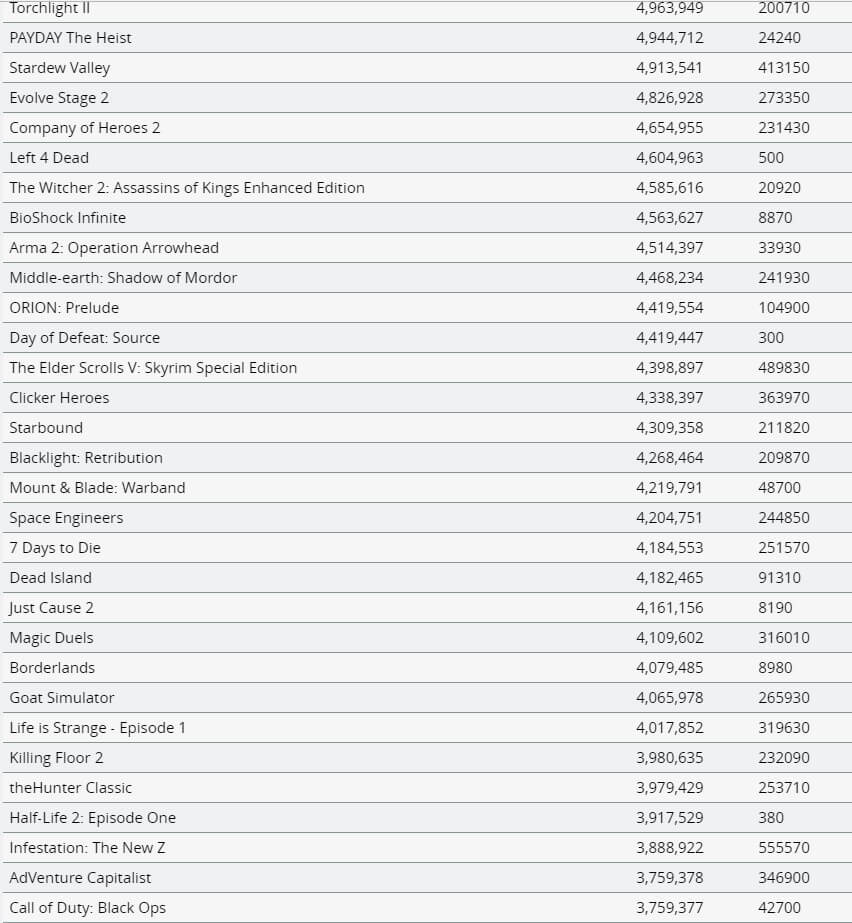 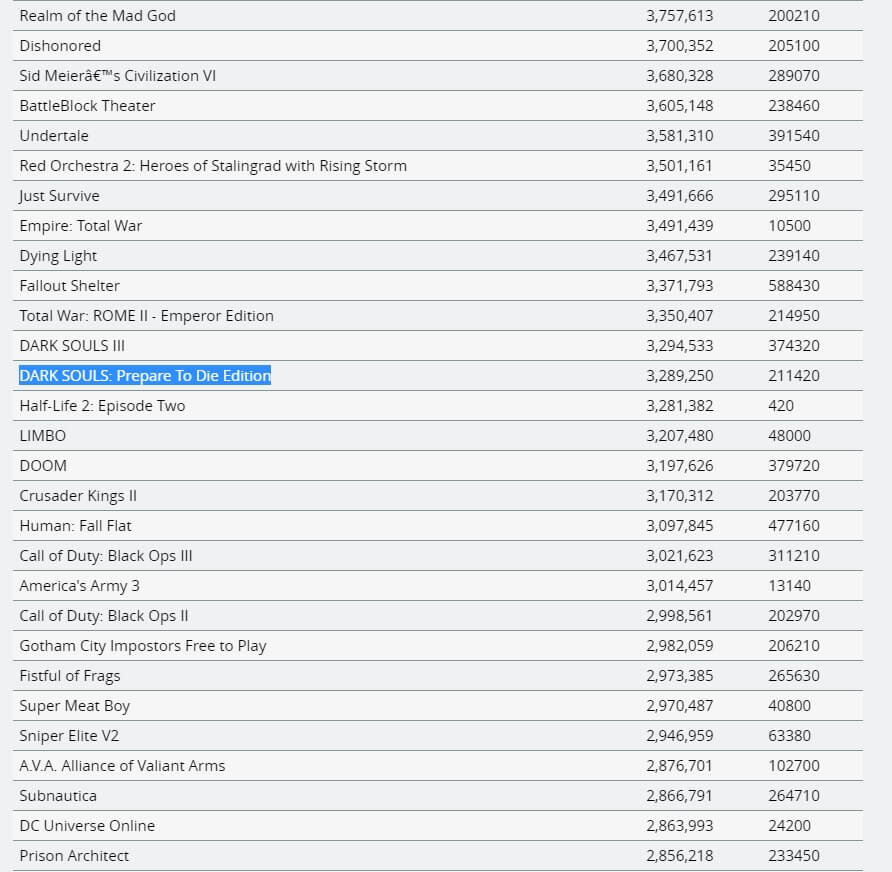