Ubisoft has revealed the official PC system requirements for Rainbow Six Extraction. In addition, NVIDIA has shared a video, showing some PC gameplay footage with its DLSS tech.

Unfortunately, Ubisoft has not included the framerates that these PC specs target. However, it did confirm that the game will be using the Vulkan API, and that there will be a 9GB HD Texture Pack. Let’s just hope that this HD pack will work on GPUs with less than 10GB of VRAM. 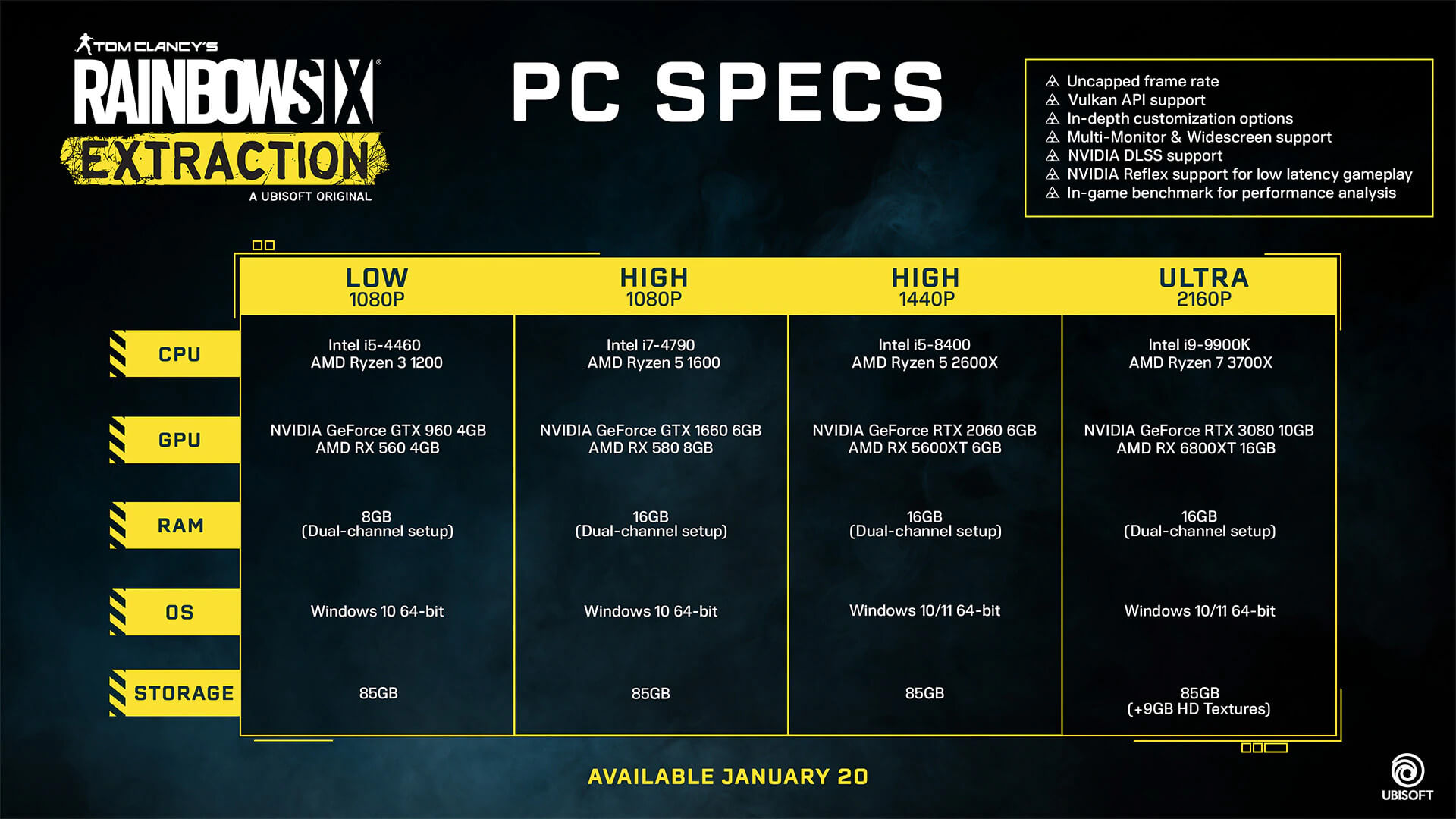