Crytek has officially revealed the PC system requirements for Crysis Remastered via the game’s Epic Games store page. According to the team, PC gamers will at least need an Intel Core i5-3450 or an AMD Ryzen 3 with 8GB of RAM and an NVIDIA GeForce GTX 1050 TI or an AMD Radeon 470.

Surprisingly enough, Crytek has not listed the DX12 API. Crytek has already stated that the PC version will support NVIDIA DLSS technology and hardware-based ray tracing using NVIDIA’s VKRay Vulkan extension, for NVIDIA GeForce RTX GPU. However, these requirements do not list Vulkan, and do not mention at all the RTX series. As such, we don’t know whether these requirements are the “real deal” for maxing out the game.

Crysis Remastered is coming to the PC on September 18th, exclusively via Epic Games Store. 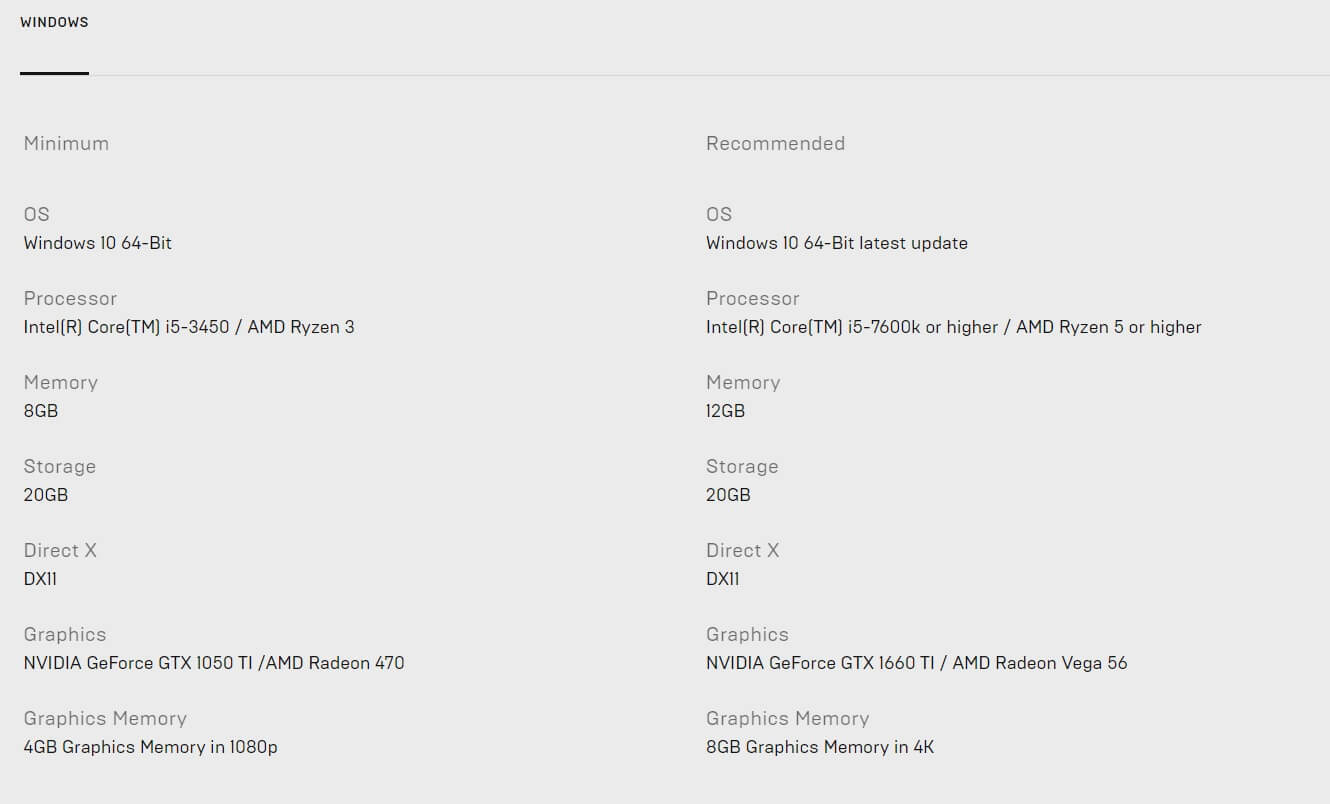