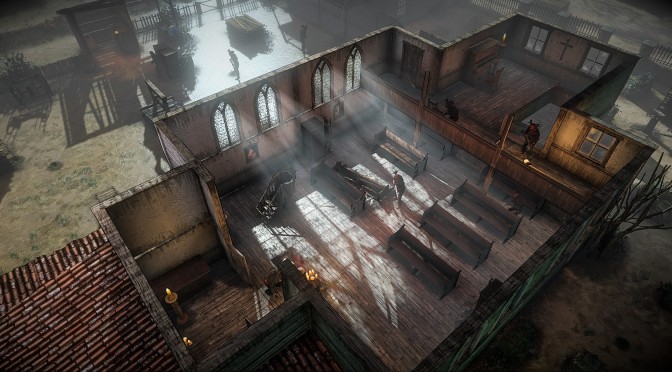 CreativeForge Games and Gambitious Digital Entertainment announced today the release of Hard West for PC and Mac. Hard West is a tactical, turn-based western of six-shooters and the supernatural, and you can view its launch trailer after the jump.

Hard West is the second game from Warsaw-based studio, CreativeForge Games, and features the talented writing of Haris Orkin (Company of Heroes 2, Dying Light and Call of Juarez series), and an original score composed by Marcin Przybylowicz (The Witcher 3: Wild Hunt).

In Hard West, players follow Warren on his descent into the darkest recesses of the human soul, and try to survive in a world full of hard choices and even harder consequences.

“Fight your way through 40 missions of henchmen, cultists, and cannibals in your quest for vengeance. Uncover the plans of the ancient powers at play and make difficult choices that resonate throughout your journey. Collect and combine poker cards to craft special abilities, and arm yourself with an eclectic collection of firearms including outlandish prototypes of the era.”