Rumor alert everyone. Amazon.es has listed Halo: The Master Chief Collection for the PC. Still, and despite the fact that Amazon has leaked a number of games in the past (and since it’s pretty obvious that this Halo compilation will drive Xbox One’s sales), we strongly suggest taking it with a grain of salt. This could be just a placeholder or an error from Amazon.

Amazon was quick to react and has edited the product listing, but you can view a screen-grab below (kudos to our reader George McLae for informing us). 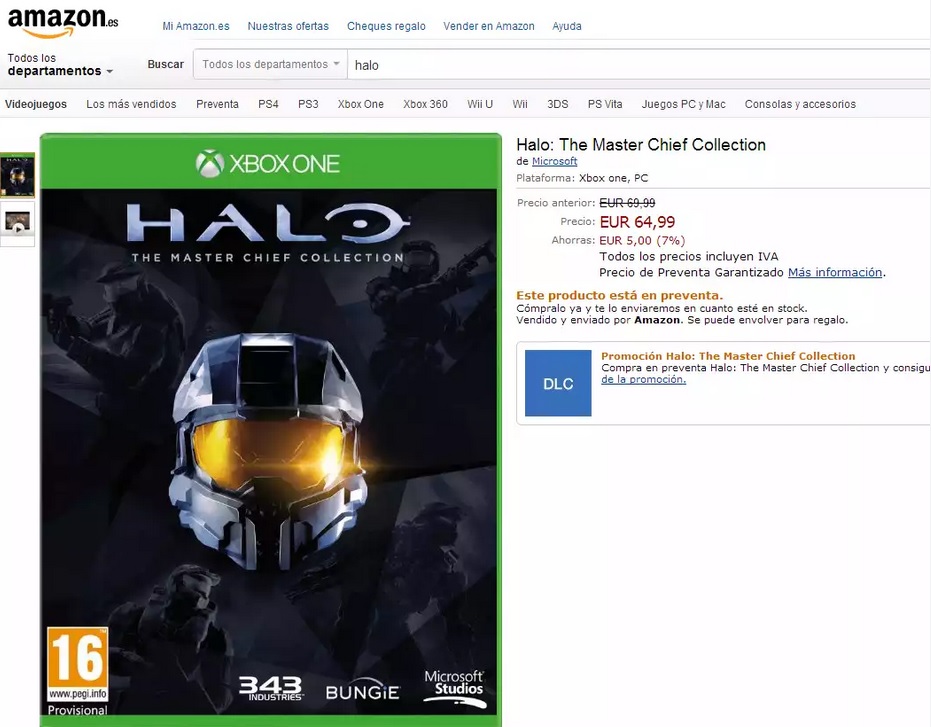 A couple of days ago, Amazon also listed Tekken 7 for the PC. While the PC version has not been confirmed yet, Namco Bandai’s fighting game is powered by Unreal Engine 4; an engine that may help Namco bring it to our platform.

It will be interesting to see whether these two Amazon leaks are legit or not. Amazon had also leaked the PC versions of both Mortal Kombat 9 and GTA V before their official reveals, so there is a possibility that these recent PC listings are the real thing.