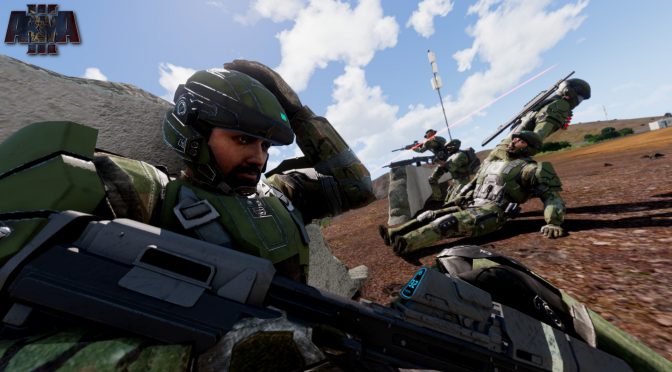 Halo and Arma fans, here is something for you today. A team of modders has released a Halo mod for ArmA 3, called Operation: TREBUCHET. According to its description, this mod focuses on the struggles of the common soldier rather than the elite spartan warriors, allowing you to experience the Halo universe from a new, brutal perspective.

In other words, Operation: TREBUCHET is a total modification with the intent to bring the popular Halo Universe into a more realistic setting by introducing it into Arma 3. If you are still on the fence, the team has also released an amazing trailer showcasing the mod that you can find below. And I’m pretty sure that after watching it you will go ahead and download its alpha build.

The team notes that it is forbidden to redistribute the content of this package by itself, or as part of another distribution, using the Steam Workshop by anyone other than Article 2 Studios, and you may not use the material for commercial purposes.

“This includes running this package on server instances that employ any monetization schemes, including, but not limited to, donate-reward systems. Bohemia Interactive’s approval of your monetization scheme does not grant you rights to wave this clause.”