Now this is a real megaton. We’ve all heard the rumors about Half Life 3 and its possible connection with Steambox, however this is the first time we get to see something semi-official about it. Reddit user ‘Afforess’ has spotted the following entry on Steam, showcasing some internal bugs that are referred to Valve’s title.

According to that report, there are different graphical artifacts (flipped image, trash ans static) when Half-Life 3 is started in Steambox.

The one who submitted the report has included some log files, and let us tell you that they seem like legit.

Naturally, we don’t know whether this is true or not, however it seems that Valve has been working on it. That, or someone is simply playing a cruel joke on the entire gaming industry via this report. But then again, would someone with access to Steambox go that far something like that? And even though the website for the JIRA bug tracker is not setup properly (as everyone can post right now), the one who submitted the report is actually a Valve employee?

Thankfully, Afforess has uploaded the report on a different place – in case Valve takes it down. Afforess has also mirrored the log file found in the report entry, and you can download it from here. Perhaps some people can find more details about it via these log files, so go ahead and take a look at it. 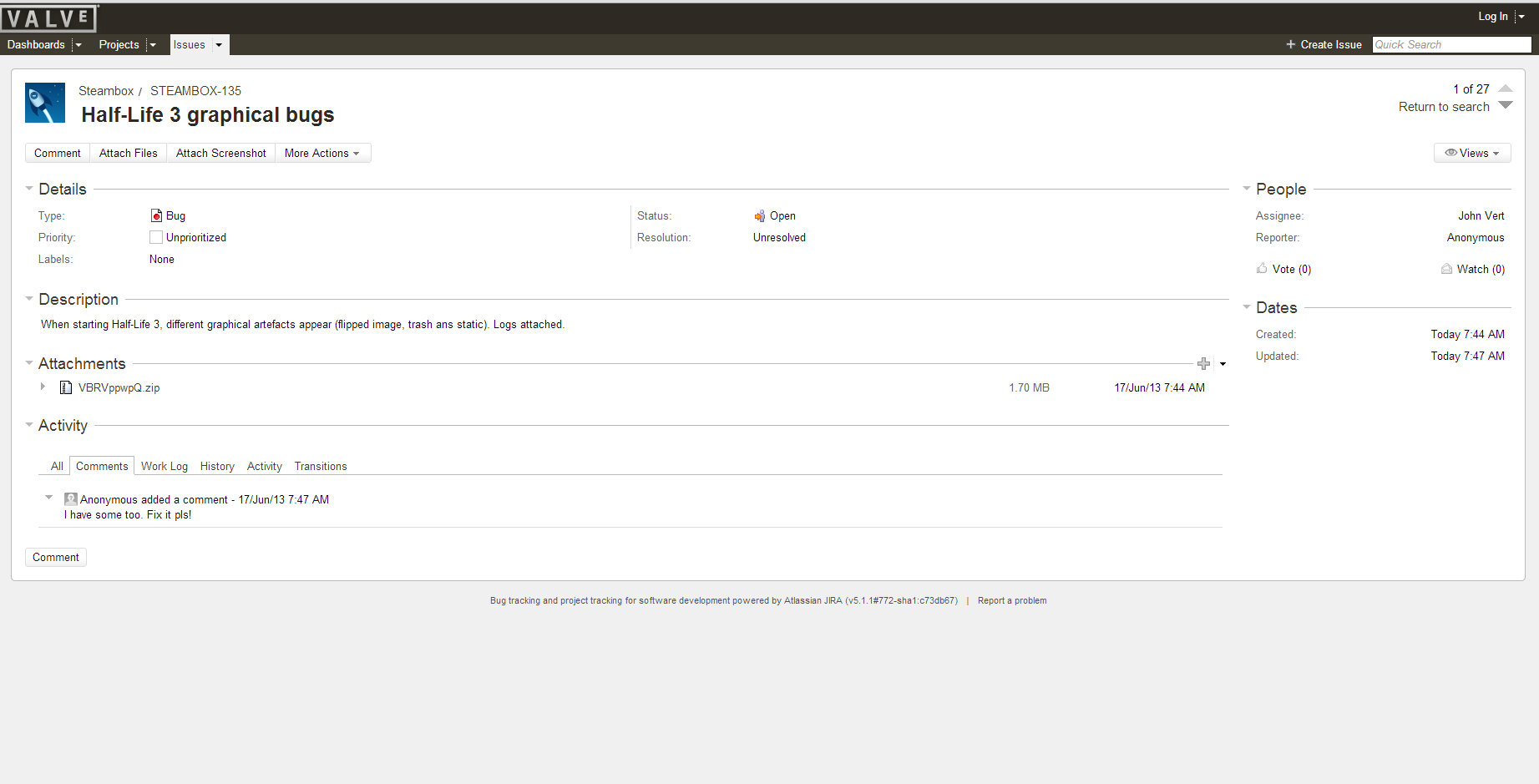 And like most HL3 rumors, this one is fake. Naturally, this was just a prank and nothing more. The report was created right after this report was created; a report that pretty much informed everyone that the website for the JIRA bug tracker was not protected at all.

But what about the log files, you may ask? Well those files are copied from this report. We’ve compared those two reports, and everything matches up. Hell, even the timestamps are the same, let alone the application information that is shared in those log files.

So, no HL3 for Steambox and false alarm.

Kudos to Reddit user ‘Kolat’ for presenting this information!