And here comes a major leak for Rockstar’s upcoming GTA game, GTA V. It appears that an insider has just leaked Vinewood’s map and you can view some screenshots of it after the jump. Our sources tell us that this is legit and is actually the map that will be featured in GTA V, but as always, take that with a grain of salt. In addition – and contrary to some other map leaks that have appeared on the web some weeks ago – this does look like the real deal.

Now obviously, there could be some differences with the final version of GTA V’s map. Let’s not forget that the game is not finalized yet, so this could actually be its prototype ‘in-progress’ map. On the other hand, we can notice some similarities with GTA IV (like the menus and the gun that the character is holding) but these could be simple placeholders.

So, as always, take everything you’re going to see with a grain of salt.

GTA V is currently slated for a 2012 release on current generation consoles and PC. Here is hoping that the PC version will be released alongside the console versions this time around! 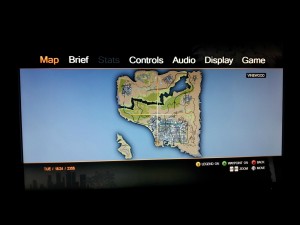 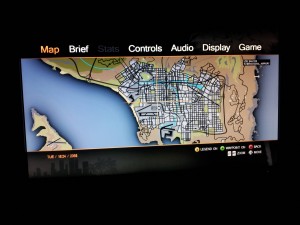 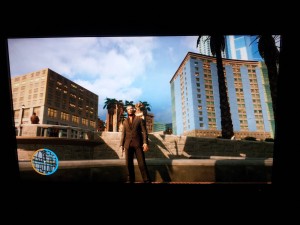 After further investigation, it seems that the screenshots are bogus. First of all, according to Image Error Analysis, the aforementioned images have been edited lots of times. Some might say that it’s due to the fact that they are off-screen images, right? Fair enough. However, a lot of assets were re-used. Additionally, the dollar is placed at the wrong place in the map screens (it always comes before the number). And then there is this similar screenshot from GTA IV.

That’s precisely why we told you to take those screenshots with a grain of salt. Of course, there is a possibility that Rockstar used lots of placeholders – since the game is still in its early stages – but there are too many similarities with GTA IV.

Of course, we can’t really tell whether this is 100% bogus or not. The only way to be certain is to get our hands on a GTA IV mod that looks like the above screenshots. Until then, we can’t be 100% certain of anything. So yeah, take it with a grain of salt for the time being!