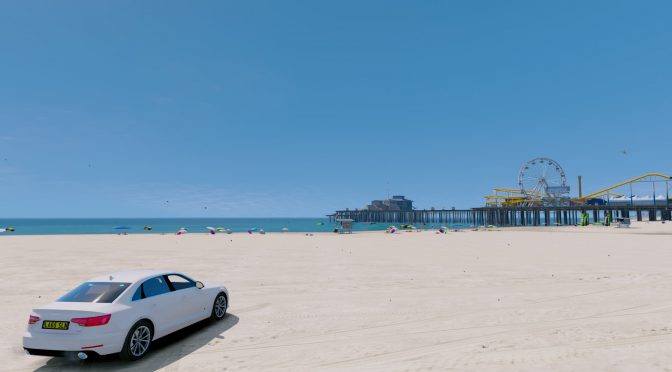 GTA V fans, here is something for you today. Our reader ‘Nova10’ has shared with us some mods that transform GTA V into one of the best looking open-world games to date.

Naturally, and even though these are graphics mods, we strongly suggest using them only while playing the game in offline/single-player mode. Do not attempt using them in GTA Online as you may get banned.

The mods that improve GTA V’s visuals are: “Make Visuals Great Again” and “L.A. Roads” (make sure to also download its latest patch).

The first mod increases the ambience of all lighting, makes rain, clouds, shadows, the sun, coronas, the weather, and the timecyle more realistic.

On the other hand, the second mod replaces all roads,walkway,ground parking,sewer,barrier walls and more with textures based to Google Earth L.A.