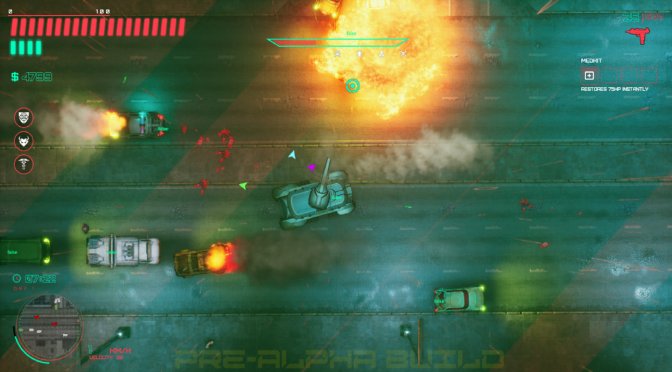 Daedalic Entertainment and Dark Lord announced that their upcoming GTA 2-inspired game, Glitchpunk, will hit Steam Early Access on August 11th. In order to celebrate this announcement, the publisher released a gameplay trailer that you can find below.

Glitchpunk will be more than a top-down action game where you shoot, brawl, drive, steal and sneak yourself through a neon-soaked world full of gangs and cults. Players can forge cooperations along the way, and the game tells a compelling story of transhumanism, xenophobia, and religion. Additionally, players can influence the world around them, make new friends, or face off against more enemies than they can count.

Glitchpunk’s Early Access will launch with New Baltia available on day one. Outpost Texas will be also arriving in three to four weeks. Two more cities — Neo Tokyo and Moscow — will be added during the Early Access journey. Each city has its own gangs and characters while also continuing the protagonist’s gripping story.