The first NVIDIA GeForce GTX 780 Ti benchmarks have been posted on Chiphell and even though the card was slightly overclocked (+50Mhz), we have to admit that we were really impressed with this latest GPU from Nvidia (provided of course these benchmarks are legit).

The GeForce 780Ti seems able to challenge Nvidia’s dual-card, the GeForce GTX 690, something that will definitely be appreciated by a lot of gamers. Not only that, but this card is rumored to be coming in both 6GB and 12GB versions.

The downside of this new single GPU is that its performance is not up to what we’ve hoped to at really high resolutions (guess that 384-bit interface is the culprit behind this).

Moreover, this new card seems to require more power than the GeForce GTX 690 (and its main rival, the Radeon R9 290X), so those interested in it should also take this fact into consideration. 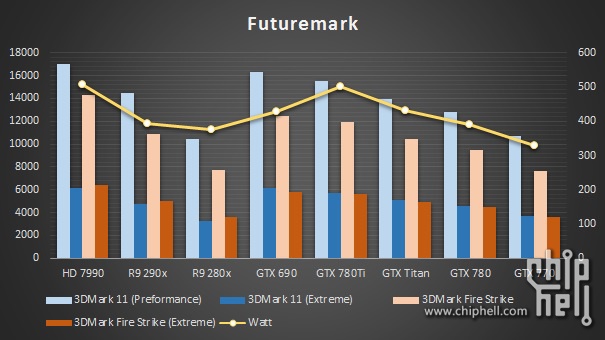 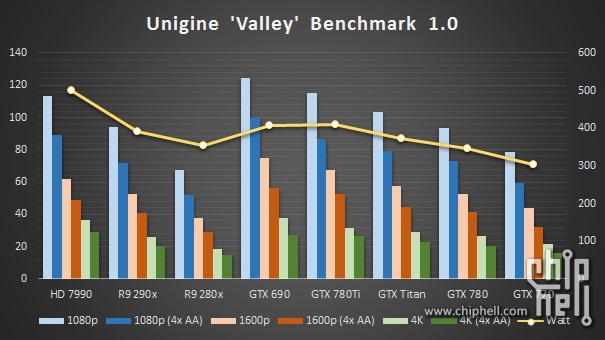 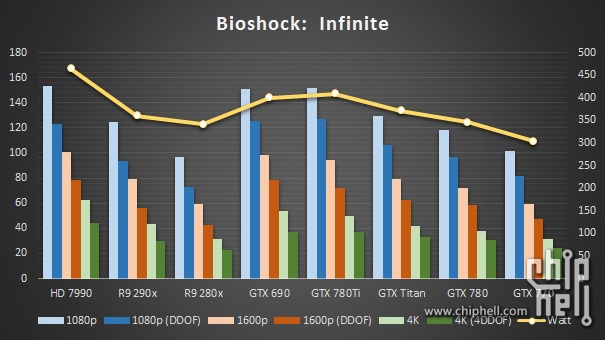 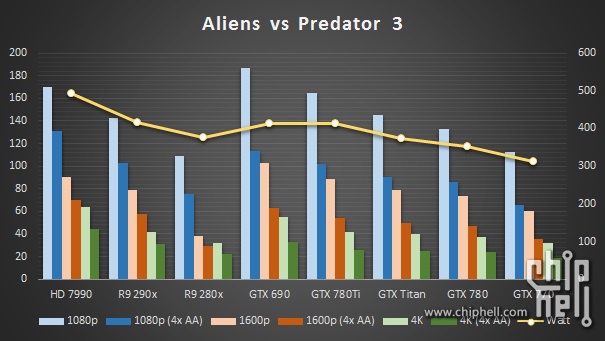 We’ve also got our hands on some official benchmarks from Nvidia. Nvidia put its latest GPU against Radeon R9 290X (which was running at its Quiet mode and not its Uber mode). We know, most of you will be using the R9 290X at its Uber mode. The system that was used for these tests was and Intel Core i7-3960X with Windows 8.1 64-bit, GeForce 331.70 drivers, Catalyst 13.11 Beta 8. And yes, as you may noticed, a new driver is almost around the corner so here is hoping that BF4’s SLI flickering issue will be fixed in that. Enjoy the benchies! 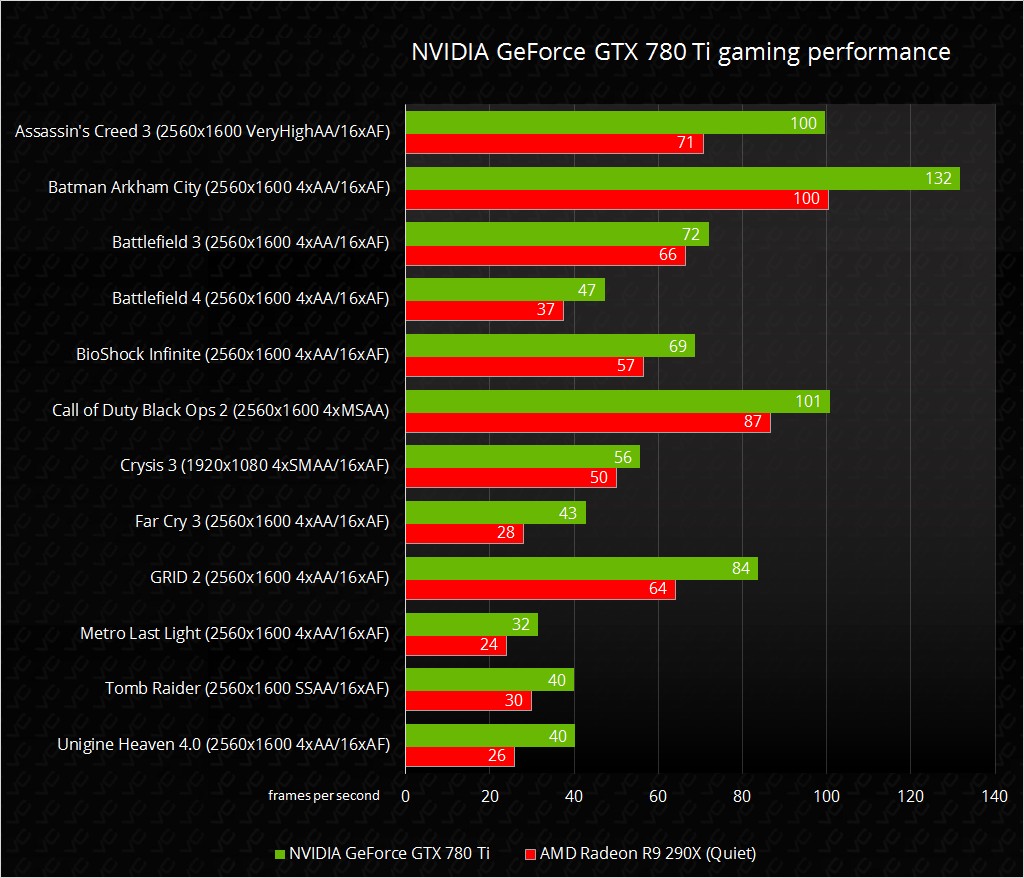 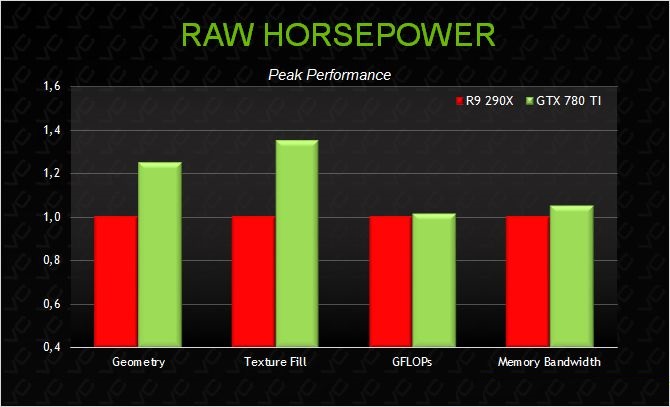