Last week, Microsoft held an Xbox & Windows 10 media event. According to various reports, it was hinted that Forza 6 was coming on the PC (something that was leaked earlier today by the Seattle Times) and that Gears of War: Ultimate Edition would get a stealthy release today on the PC.

These past few days, we’ve heard from various sources that the Ultimate Edition of Gears of War would be indeed coming to the PC today (either via the launch of the game’s MP beta or via a proper release). However, the biggest hint came straight from NVIDIA.

NVIDIA releases game-ready drivers for games that have already been released for the PC (or that they are about to). And today, the green team may have leaked Microsoft’s surprise. 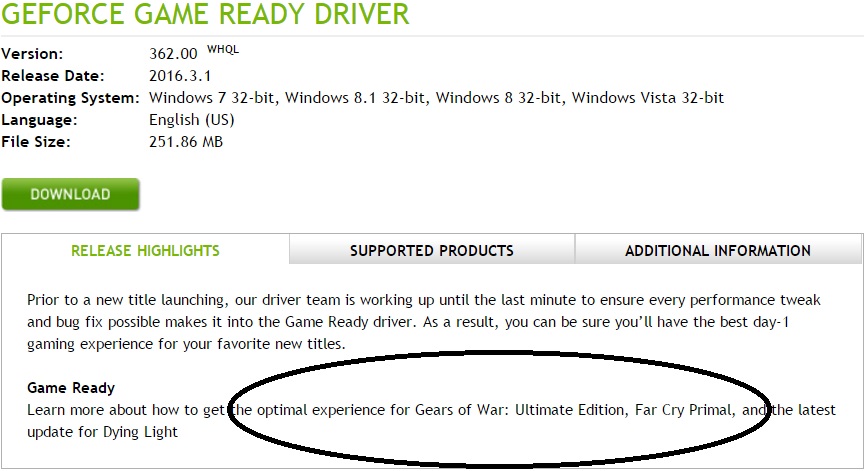 According to its release notes, this is a Game-Ready driver for Far Cry: Primal, the latest update of Dying Light, and Gears of War: Ultimate Edition.

This may very well have spoiled Microsoft’s surprise, as NVIDIA has already optimized its driver for this particular game. That, or the PC beta for Gears of War: Ultimate Edition will be launched later today.

The NDA for Microsoft’s media event lifts in 15 minutes, and we’ll be sure to keep you posted!

Confirmed. Gears of War: Ultimate Edition is now available on the PC via the Windows 10 Store, priced at £22.79!