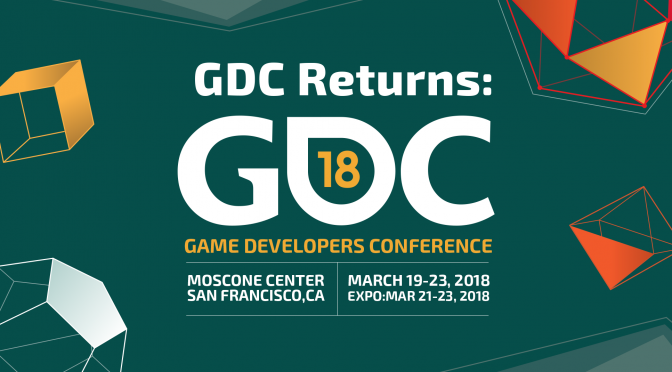 The 2018 Game Developers Conference has released the results of the sixth annual State of the Industry Survey, revealing trends in the games industry ahead of GDC 2018 this March. According to the survey, which features responses from nearly 4,000 game developers, the interest in PC development has gone up since last year.lopment and VR, while still strong, has begun to slip this year. 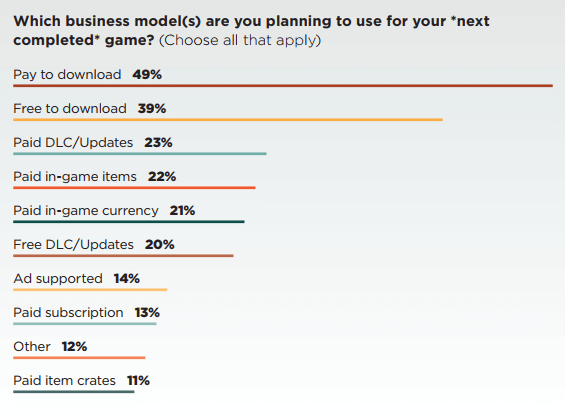 When asked to elaborate on their opinions on the matter, several developers expressed cautious sentiment about its proper implementation, highlighting the need to only use Loot Boxes to award vanity items. They also made the recommendation that Loot Boxes only reward items that are also accessible without paying, and only after being properly balanced for gameplay first. 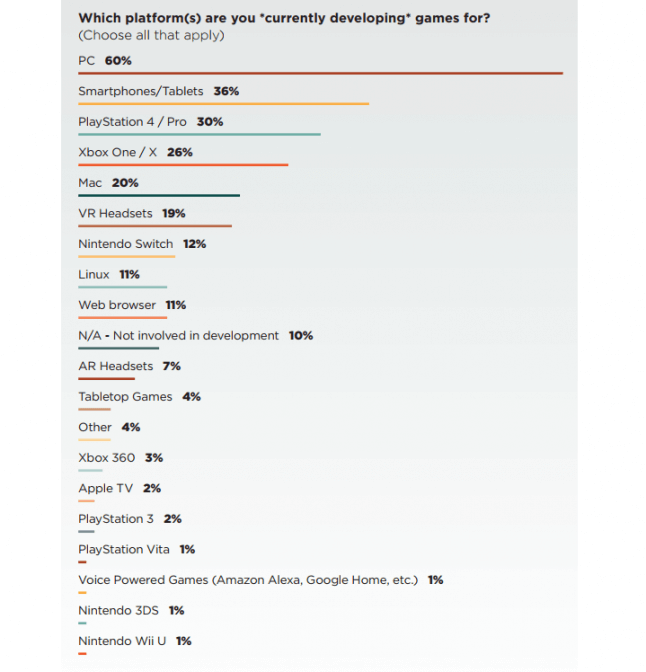 When asked which platforms (if any) interested developers the most, 36% of respondents answered Nintendo Switch, a strong showing that only places it below more established platforms like PC (59%) and PS4/Pro (39%). The Nintendo Switch even managed to garner more developer interest than the Xbox One/X, which received 28%.

When asked what platform their current game will be released on, 19% of survey respondents said “VR headsets.” While these numbers reflect healthy interest in immersive technologies, these same respondents expressed plans for a decreased involvement in these same technologies in the future. When asked what platform(s) they expected their next game would be released on, only 17% said VR headsets.