According to GDC 2017’s survey, the PC platform is the most popular one. The survey conducted from the views of over 4,5000 video game developers who have attended GDC over the past 3 years and according to the results, 53% of the survey-takers are currently developing for the PC platform. 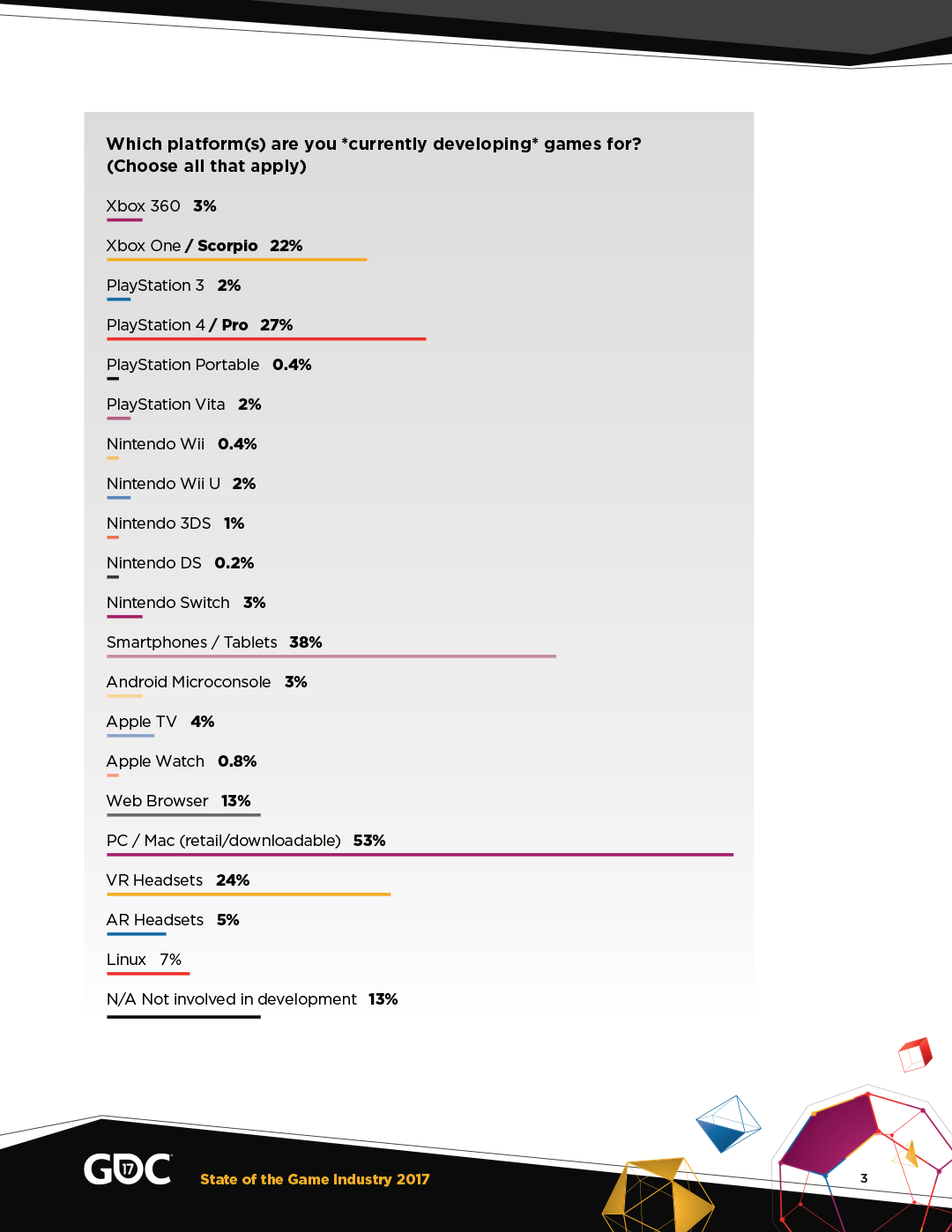 This further proves how popular the PC platform actually is, as more and more developers are releasing their games on it.

For what it’s worth, GDC 2017 will take place February 27th-March 3rd, alongside the 2017 Virtual Reality Developers Conference (VRDC) February 27-28, both at the Moscone Convention Center in San Francisco, California.